BANFF – The COVID-19 pandemic couldn't stop the stoke of mountain enthusiasts, who went online to enjoy the Banff Centre Mountain Book and Film Festival this year. Running Oct. 31 to Nov.
Nov 12, 2020 11:00 AM By: Rocky Mountain Outlook 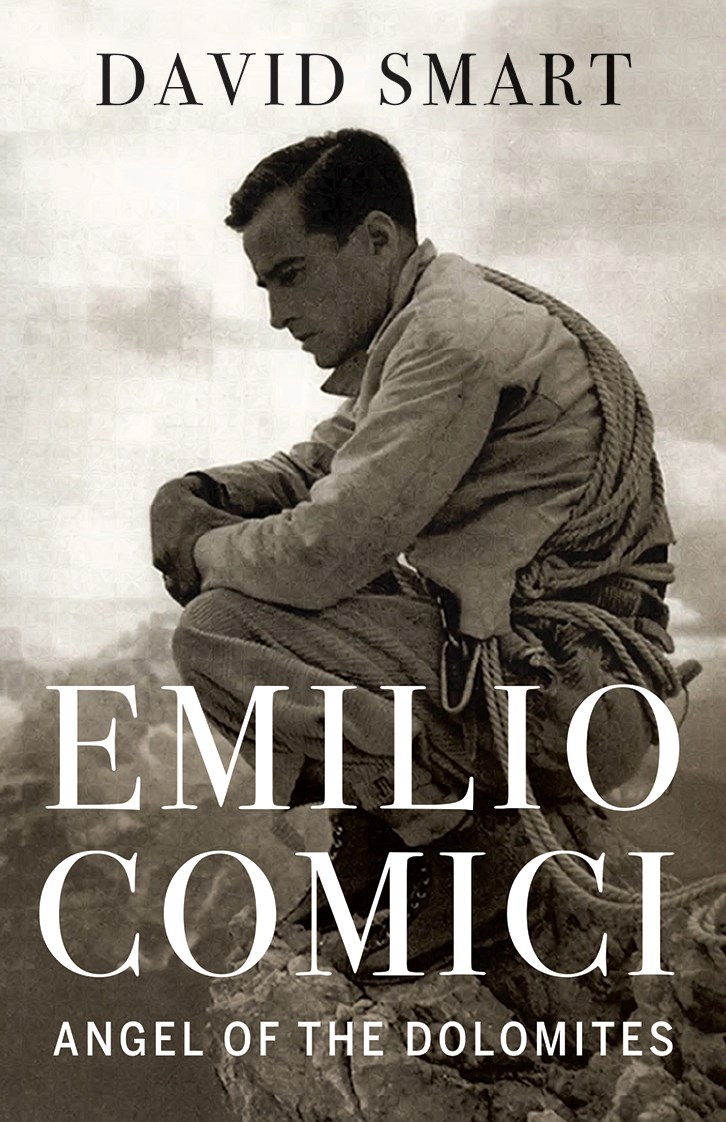 BANFF – The COVID-19 pandemic couldn't stop the stoke of mountain enthusiasts, who went online to enjoy the Banff Centre Mountain Book and Film Festival this year.

Running Oct. 31 to Nov. 8 – the festival handed out its prestigious hardware to filmmakers and authors, including David Smart, who is well-known in the Bow Valley.

Smart took home the award for climbing literature, which included $2,000 in prize money, for his book Emilio Comici: Angel of the Dolomites published by Rocky Mountain Books.

The book tells the story of Nelson, one of the state's leading nature writers and conservationists. It also won the award for mountain literature, non-fiction, which included a $2,000 prize.

“This book makes me want to ponder over our connections with nature and the meaning of spirituality for each one of us," said jury member Nadini Purandare in a press release.

"Such is the power of its quality of writing and the subject of the book, Richard K. Nelson. There can never be enough of books like this. A lifetime spent in wilderness must be written about, and celebrated, read by young people everywhere. For this universality alone, Raven’s Witness is deserving of a Grand Prize."

There were 137 submissions from 11 countries.

The 45th annual 2020 Banff Mountain Film Competition grand prize went to Then Comes the Evening filmmakers Maja Novaković and Milan Milosavljević, who also received $4,000 in prize money. The film tells the bittersweet story of two grannies living in isolation in the hills of eastern Bosnia, with nature as the medium through which they speak, listen and show respect.

“Transforming experiences and visuals from her childhood into a meditative experience, Maja Novaković's debut film Then Comes the Evening is a thoughtful and artistic tribute to a way of life that is fast disappearing," said jury member Reena Mohan.

"Filmed in the village in Eastern Bosnia where she grew up, Maja is careful to not romanticise or glamourise or valorise the unceasing toil and mundane events in the daily lives of two ageing women on a farm. In painterly images, we are invited to contemplate seasons and their colours, the time of day, and the eventual decay of human existence."

The jury included Claire Carter (U.K.), Bryan Cole (U.S.), Bryan Smith (CAN) and Subina Shrestha (NEP). They picked the finalists and winners in each category from a total of 373 films submitted from 36 countries.

Mountain Fiction and Poetry
$2000 - Sponsored by the Town of Banff

Local artists and artisans offering new ways to shop for the perfect Christmas gift
Nov 27, 2020 10:00 AM