BANFF – A popular annual magazine created in Banff has been nominated in nine categories for the Alberta Magazine Publishers Association Awards.
Mar 14, 2019 12:00 AM By: Alana MacLeod 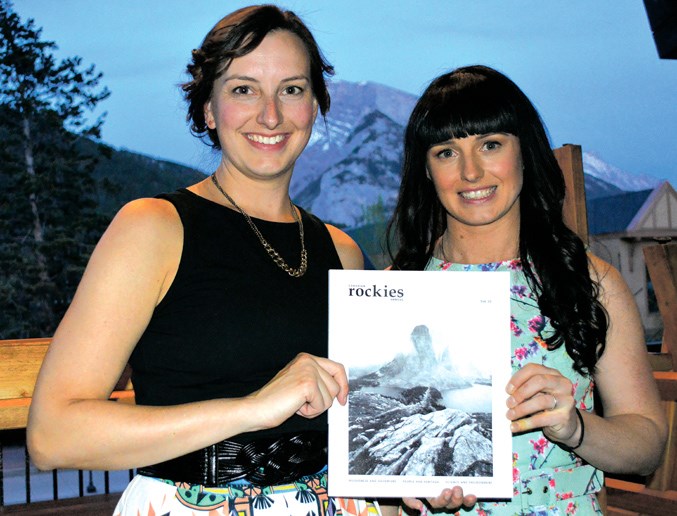 BANFF – A popular annual magazine created in Banff has been nominated in nine categories for the Alberta Magazine Publishers Association Awards.

The Canadian Rockies Annual, published by Crowfoot Media, is nominated in three different categories including photography and feature short-story writing.

Meghan Ward, editor and chief as well as co-founder at Crowfoot Media, said the group is always “just stoked to be nominated.”

“We never expect to win, but we’ve been honoured in the last couple years to take away some awards,” she said. “For us, it just substantiates that we’re doing something great for our community, but we’re also doing something within our industry that is being recognized and as creative people, that means a lot to us.”

Ward, alongside Crowfoot co-founder Dee Larosa, said they publish one magazine a year to try to make it as sustainable as possible.

“My co-founder Dee Larosa and I have been doing everything from distribution to book keeping to delivering magazines to people,” she said. “We’re doing everything. We’re selling ads as well, so we decided to publish one a year to try to work as smart as possible within our industry and be successful.”

That’s why the pair is excited that the Canadian Rockies Annualis also up for Magazine of the Year alongside West Jet Magazineand Avenue Edmonton.

“We’re just totally honoured to be nominated especially since the other two are two magazines we greatly admire,” said Ward. “We’re also kind of the small fish in this sea being independently published, being an annual, having this regional niche. It’s just great to see our industry acknowledging and recognizing that there’s many ways to publish.”

Some local Bow Valley talents that are up for awards include Lynn Martel, nominated for her feature writing short called Into the Depths, Paul Zizka, nominated for his landscape photography called Nighttime Ascent on the Grand Sentinel, and Bernadette McDonald, nominated for her people and portrait photograph called Marc-Andre Leclerc: Visionary Alpinist.

“It’s great to see nominations coming in for both writing and photography,” Ward said. “Those are all coming in from volume three from last year. Because we publish annually, we basically have one volume per year and that’s the content we submit to the awards.”

Meanwhile, Ward and Larosa try to match their pages the beauty of the Rockies.

The winners will be announced at the April 4 Alberta Magazine Awards Gala.

Crowfoot Media is also getting ready to launch its next issue Rockies 4.1 on May 2 with an event at Wild Bill’s in Banff featuring Shred Kelly.