In the fourth week of Birds of the Bow Valley, Michael W. Potter looks at the Virginia rail – a colourful bird seen here at the Basin Marsh in Banff National Park. This often elusive species is even found there in winter, thanks to the warm water
Jun 23, 2021 5:30 PM By: Michael W. Potter 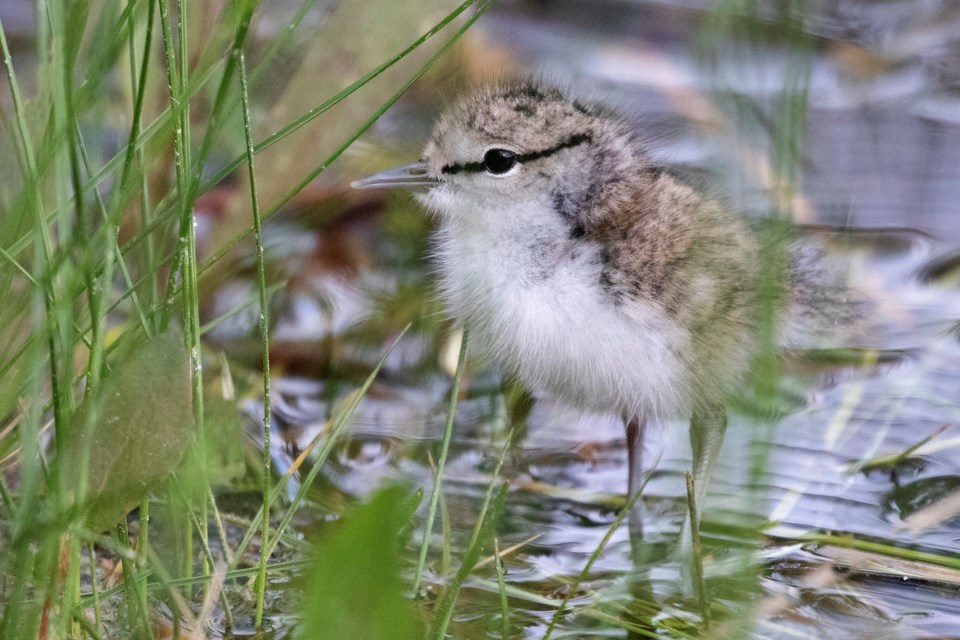 In the fourth week of Birds of the Bow Valley, Michael W. Potter looks at the spotted sandpiper. A precocious bird that is almost immediately active after hatching and looks like a fuzz ball on quite long legs.

The photo of this young bird was taken in Bow Valley Provincial Park, while the young bird was scurrying about with a parent and siblings. The photographer did not approach the bird for the image, but stayed put and watched the activity. The breeding adults of the species have a spotted breast and bob their tails more-or-less continuously.

Michael W. (Mike) Potter is a professional photographer specializing in birds. He is a former park interpreter in Banff National Park, and the author and photographer of eight books on hiking and natural history in the Canadian Rockies, distributed by Canmore-based Alpine Book Peddlers. Potter’s website is michaelwpotter.ca, which includes a link to his bird photographs on Flickr.