“Our goal with Exposed is to make this the norm in wildlife management – let the majority of people give our wildlife a voice and have our wildlife management policies and legislation reflect that. The days of trapping being ‘tradition’ and hunting having few regulations – in regards to predators – need to end, and that’s really what Exposed boils down to. Exposing these issues and educating the masses.”
0
Apr 4, 2020 9:00 AM By: Lynn Martel 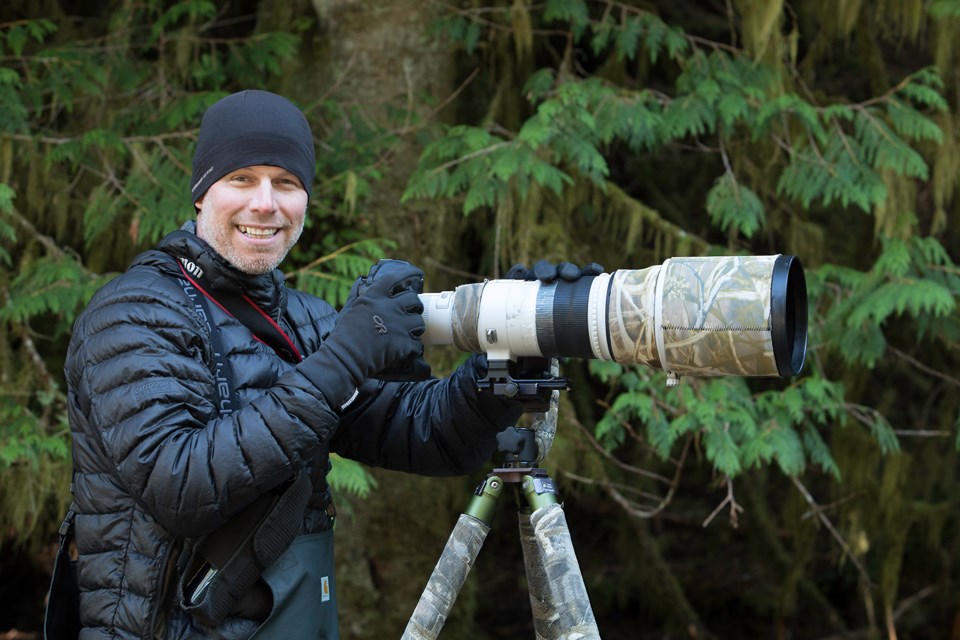 CANMORE – The vast majority of the general public don’t have much knowledge or understanding when it comes to issues or government policies concerning wildlife.

In Canada, and across our southern border in the U.S., the guidelines, policies and rules surrounding wildlife conservation are egregiously outdated and not science-based in any way.

That reality, said longtime Canmore resident and internationally acclaimed wildlife photographer John Marriott, is the motivation behind the creation of the recently launched Exposed Wildlife Conservancy.

“We felt there was a gap between B.C. conservation groups and Rockies-related ones and even U.S.-based ones dealing with predator issues and management and policies,” Marriott said.

“For so many years, hunters and trappers – just three per cent of the population – have been the only voice that governments have listened to when it came to wildlife management. We felt it was time that the non-consumptives get their voices heard, too.”

The idea to create a wildlife conservancy grew from the Exposed with John E. Marriott web series he co-founded in 2016 with Edmonton cinematographer and photographer Kim Odland, owner of KO Productions.

The series raised awareness about wildlife conservation issues in Canada and beyond through images, video and storytelling. It has been wildly successful in engaging its audience, having reached more than one million viewers.

Founding a registered non-profit creates yet another avenue the Exposed team members can spend more time in the field gathering footage and interviews and create more meaningful content, more often, and with far greater reach.

“We felt our expertise in video, photography and storytelling brought something new and distinct to the eNGO world and allows us to not only work on our own campaigns, but also allows us to partner directly with other eNGOs to create broader, more impactful campaigns and projects with more results,” Marriott said.

As a non-profit, one hundred per cent of Exposed Wildlife Conservancy’s income must go toward their stated purpose – wildlife conservation.

At this point, all the conservancy’s funding is being used to pay their sole staff member, Edmonton’s Lance Andersen who works as Exposed web series’ cinematographer, director of operations, co-producer, designer and web developer. The funds are also supporting critical operating expenses such as website fees and administration costs.

Funds are also being used to support research, including freedom of information requests such as one they are submitting to the Alberta government this month regarding ongoing government testing of snares on live, wild coyotes and other fur-bearing mammals at a provincial facility in Vegreville, Alberta – research which is being paid for with provincial funds.

“Most of our projects have implications in areas that borders don't recognize,” Marriott added.

“For instance, our March 2019 wolf snaring video resulted in an email from one of the U.S.'s top authorities on wolf management praising our work.”

“Regardless of geography, they are people  who are passionate about protecting our wildlife and want to know what is really happening in wildlife conservation,” Odland said.

“Because of our location and our on-the-ground knowledge and expertise, Canada will be our primary source of stories, but having said that, most, if not all, of our topics illustrate similar issues in the U.S. and indeed, all over the world. We've found that when people are ‘exposed’ to the truth behind conservation issues, they are shocked by the lack of stewardship and protection by government decisions.”

To further advance their efforts, Marriott and Odland are partnering with Wolf Awareness and other non-profits on a new campaign focussed on creating buffer zones around national parks to help protect predators such as wolves and wolverines.

“For so many years, hunters and trappers have been the only voice that governments have listened to when it came to wildlife management and we felt it was time that the non-consumptives get their voices heard, too,” Marriott said. “The majority of the public is now non-consumptive, meaning they don’t kill or view wild animals as a resource to be utilized. Most of us view wildlife as a part of our world, a special treat that lets us be a little more a part of nature in an increasingly urban world.

“Our goal with Exposed is to make this the norm in wildlife management – let the majority of people give our wildlife a voice and have our wildlife management policies and legislation reflect that. The days of trapping being ‘tradition’ and hunting having few regulations – in regards to predators – need to end, and that’s really what Exposed boils down to. Exposing these issues and educating the masses.”

Rebecca Reid on debut single, break ups and exes, and receiving a copyright infringement notice on her own music
May 16, 2020 11:00 AM