“From that experience, not only has my English improved, but my confidence, and even mental health improved … it’s good to move forward."
Sep 9, 2020 7:52 AM By: Jordan Small 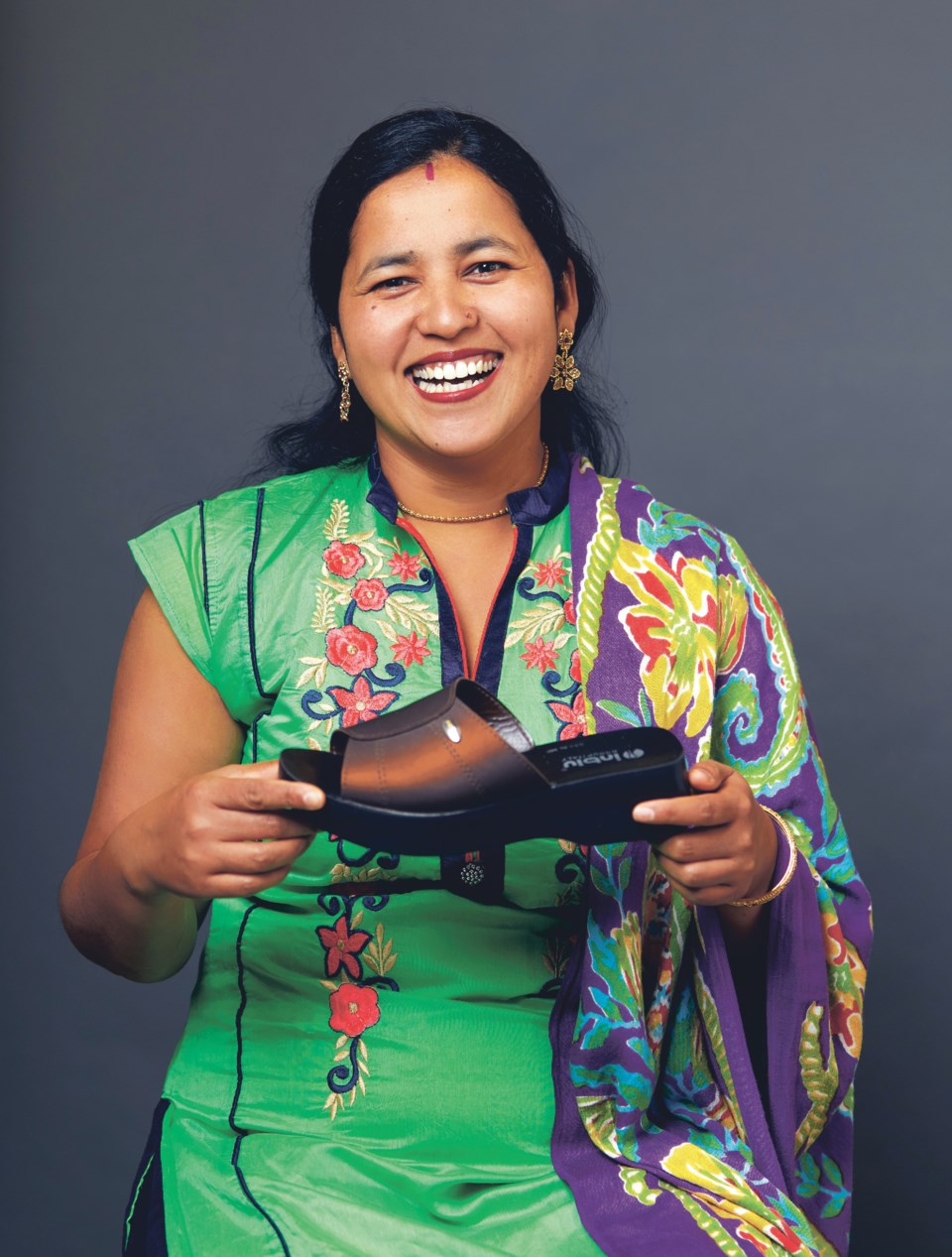 CANMORE – When Meena Khadka moved from Nepal to Banff in 2011, she was hesitant to say "hello" to her new mountain town neighbours because that could have put her in a stressful situation.

“I didn’t want saying hello to start a conversation in English,” she said. “That’s why I tried to ignore it, so then I didn’t have to speak.”

As a new immigrant, with English as a second language, many have found themselves in similar and often isolating situations as Khadka.

Khadka moved to Banff with her young son to reunite with her husband already here for work. It took a year for Khadka to get the basics down, and at the time, she couldn’t even comprehend holding a conversation with one person, let alone an entire audience.

Six years later, Khadka was speaking in front of a group of people at the Shoe Project, an initiative that gives immigrant, newcomer or refugee women an opportunity to develop written, communication and leadership skills while showcasing the footwear that shaped their stories.

The Bow Valley chapter, run through artsPlace, is searching for eight to 10 women this September to be the next group to tell a story about their lives.

In October and November, the group will take part in 10 weekly sessions at artsPlace, learning the ins and outs of public speaking and professional writing. The final step is when the women present their stories on stage about walking in their shoes, which will be at artsPlace in 2021.

Khadka’s story was about overcoming fear in her move to Canada.

“From that experience, not only has my English improved, but my confidence, and even mental health improved … it’s good to move forward,” Khadka said.

“We create very personal stories, which often are not told to the public,” Ohsada said.

She added that artsPlace will host the in-person sessions with its updated guidelines around COVID-19 health and safety in place. However, if someone isn’t comfortable being in a public indoor space yet, they’ll offer online sessions.

“We will have the artsPlace theatre, so we can space out,” Ohsada said. “We have great funding support from artsPlace and Banff Canmore Community Foundation. It’s amazing, I’ve gotten so many requests asking when the next one was going to be.”