Can you believe your eyes?

Usually, every child learns a trick or two when they’re young, and eventually they’ll grow out of it and move onto other things – but some just never really stop learning.
Nov 18, 2015 12:00 AM By: Rocky Mountain Outlook 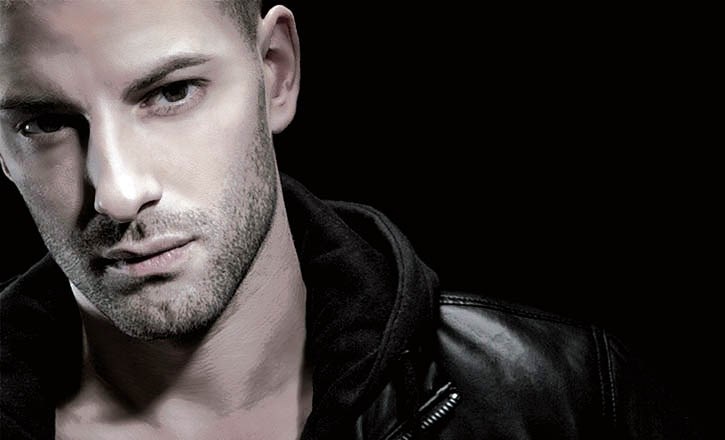 Usually, every child learns a trick or two when they’re young, and eventually they’ll grow out of it and move onto other things – but some just never really stop learning.

What better feeling than to be able to pull one over on your friends or, even better, an adult?

This was the case for award-winning Canadian illusionist Darcy Oake, who brings his Edge of Reality tour to The Banff Centre’s Eric Harvie Theatre on Nov. 29. Oake caught the sleight of hand bug from his father, Canadian sportscaster Scott Oake, when he showed him a simple card trick.

That trick led Oake down a path that has put him on Britain’s Got Talent (one of his tricks has 60 million Youtube views), the release of his new book entitled Behind the Illusion, and a world tour.

“It was just so fascinating to me, fooling people, that I just never stopped. After I saw that first trick it’s led me on a never-ending journey,” Oake said. “Before Britain’s Got Talent I was sort of touring all on my own, trying to figure out the shipping, logistics and hotels, and now I was fortunate enough to get set up with the right people in terms of management and agents and everyone I work with. Now I have a fantastic team that allows me to focus 100 per cent on the shows.”

When bear traps, straight jackets and burning ropes are involved in his many tricks, you definitely want Oake to have 100 per cent focus. The shear physicality of Oake’s performance is as mind-blowing as the tricks themselves; but then you remember he has to do this night after night for an entire tour.

“You take a beating on the road for sure, but I also live for it. It’s what I love to do and if you get in the right mindset, those 90 minutes are and have to be the high point of your day,” Oake said.

“You can get in the right swing of things so you’re not exhausted come show time, or you’re not going to be exhausted for tomorrow’s show, you try to eat well and get some sleep and try and make sure the show’s the best it can be every night.”

With bear traps, straight jackets and fire already incorporated into his act, a new underwater escape for his Canadian tour is the next logical path for the escape artist.

“It’s done dramatically differently than its ever been done before – a 100 per cent original concept if you will,” Oake said. “We were rehearsing it during the U.K. tour and had two pretty significant mishaps and we made a cautious decision to cut it out of the show for the U.K. tour. Just in the time that we’ve had between the two tours its been 100 per cent sorted out so it looks like it’s going to be in for the Canadian tour.

“I almost felt defeated by this escape, if you will. I couldn’t do it and it was supposed to be the big thing for the U.K., but due to the circumstances of it being horrendously dangerous, we had to go down another route for that tour.

“But we’ve put the time in and we’ve been able to work it out it seems – you’re either going to see an amazing escape or you’re going to see a horrendous display on stage, it could go either way.”

The best way to unwind after risking life and limb on stage? For Oake, it was penning his book Behind the Illusion, an insight into the process of magic.

“There’s a lot of psychology involved in it and I go into depth and let the reader in and peak behind the mask a bit. You get to see a bit of what’s involved in creating some of this stuff – how the psychology of different effects varies different situations,” Oake said.

“The way that a lot of this stuff works is as fascinating to me as the trick itself, so it’s nice to give a little bit of insight into how some of it works in the book without giving away the magic methods itself.”