The 2017 book Honouring High Places: The Mountain Life of Juko Tabei published by Rocky Mountain Books, which was co-written by Canmore author Helen Rolfe and longtime valley residents and translators Yumiko Hiraki and Rieko Holtved, inspired the naming of a land feature on Pluto
0
Dec 15, 2019 2:00 PM By: Lynn Martel 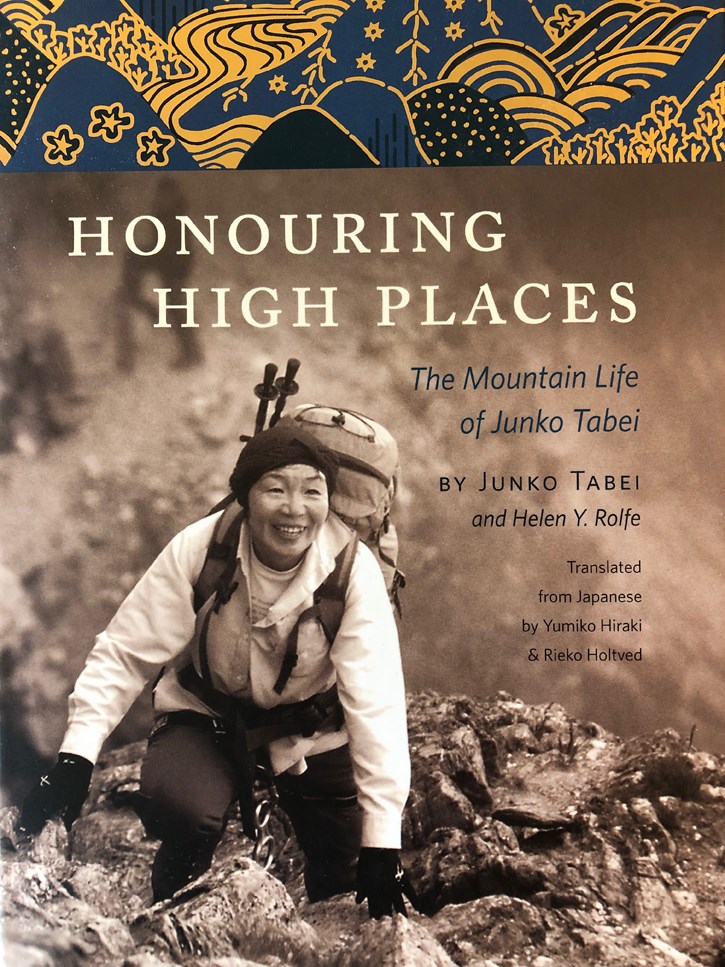 BOW VALLEY – It’s not every day that a land feature on Pluto is named for a Japanese climber whose English language biography was co-written by a Canadian author and Japanese-Canadian translators living in the Canadian Rockies.

But that’s exactly what happened last month when a land feature on Pluto was formally recognized as Tabei Montes in honour of Junko Tabei, the Japanese woman who became the first female to summit Mount Everest in 1975.

In 1992 she became the first woman to climb the Seven Summits, the highest peak on each continent. Tabei continued climbing and exploring natural landscapes until her death in 2016.

The naming was inspired by the publication of the only English-language biography of Tabei, Honouring High Places: The Mountain Life of Junko Tabei, published by Rocky Mountain Books in 2017, which was co-written by Canmore author Helen Rolfe with longtime Bow Valley residents Yumiko Hiraki and Rieko Holtved translating. The book is specifically mentioned in the geographical listing as a source for information on Tabei.

“It seems this first published telling of Tabei’s story in English has allowed this christening to occur,” van der Geest said.

The naming officially happened on Nov. 19 and was announced in the Gazetteer of Planetary Nomenclature, approved by the International Astronomical Union (IAU) Working Group for Planetary System Nomenclature. The IAU has been the arbiter of planetary and satellite nomenclature since 1919, when the system was adopted at its organizational meeting in Brussels, Belgium.

The Gazetteer of Planetary Nomenclature is maintained by the Planetary Geomatics Group of the USGS Astrogeology Science Center, through work that is supported by the National Aeronautics and Space Administration(NASA), issued through the Office of Space Science.

Just as the practice is used on Earth to identify individual features, planetary nomenclature is used to uniquely identify a feature on the surface of a planet or satellite, so the feature can be easily located, described and discussed. The Gazetteer of Planetary Nomenclature contains detailed information about all names of topographic and albedo features on planets and satellites. It also contains information on some planetary ring and ring-gap systems that the IAU has named and approved.

The system for assigning official names to planetary surface features, including natural satellites, dwarf planets and planetary rings is practiced for the benefit of the international science community, educators and also the general public. The practice grew from a need to standardize multiple and confusing systems of nomenclature for the Moon that were being used prior to 1919. The creation and maintenance of the IAU’s single, reliable, official catalog of surface feature names enables successful international communication.

The new Tabei Montes land feature can be viewed – along with the earlier named Hillary Montes and Tenzing Montes, which recognize Sir Edmund Hillary and Sherpa Tenzing Norgay who were the first people to stand on Earth’s highest point in 1953 – online at astrogeology.usgs.gov/news/nomenclature/name-approved-for-pluto-feature-tabei-montes.