CANMORE – Kelly Jay Fordham was first and foremost a musician. Known not only around Canmore, but also across the country, as a guy who could really hit those keys on a piano (or harmonica, bass, or vocals).
0
Jun 27, 2019 12:00 AM By: Alana MacLeod 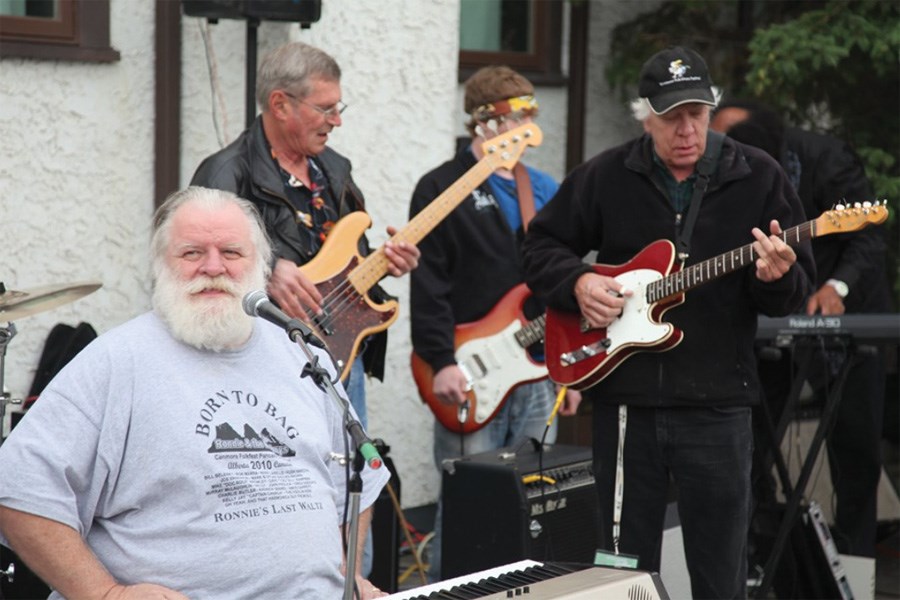 CANMORE – Kelly Jay Fordham was first and foremost a musician. Known not only around Canmore, but also across the country, as a guy who could really hit those keys on a piano (or harmonica, bass, or vocals).

Indicted into the Canadian songwriters Hall of Fame, many knew him as a member of the ’70s, ’80s era band Crowbar, and for the classic song ‘Oh What A Feeling.’

“There are a lot of people who remember and know him quite well, certainly around here.”

Fordham died Friday (June 21) at 2 a.m. a little over a week after he suffered a stroke affecting the left side of his brain. According to a GoFundMe posted before he passed, Fordham’s four children, Bella, Shawna, Hank and Randy, were told he wasn’t likely to recover.

“Our family is devastated, this is such a tragic loss for so many,” the GoFundMe said.

“I just wanted to say I love you dad and that I look forward now to getting to see you on the other side some day,” he wrote.

“There’s a show up in heaven today and the world is left with your gift of music.”

Hank also gave a brief description of his father’s accomplishments.

“He was a student at the Ontario College of Art. He graduated into working the nightclub circuits in Canada and the United States, and for many years, fronted his band ‘Kelly Jay and the Jamies.’ Because of the years spent working in night clubs in Canada and the United States, Kelly developed, to a high-degree, the ability to effectively communicate with any audience. A man of many talents, Kelly also spent time working in radio, film, and journalism. His outgoing personality, has made him well-known to a great number of people in the media and music industries.”

Here in Canmore, Fordham is well known from the days when he lived and performed here. In fact, he’s had much more of an impact than maybe some people know.

“He moved here in ’88 and he had a little house,” said Hancock. “Before all those town homes were built, there were small houses along there [Mallard Alley] and he lived in one of them. There were ducks all over the place, of course, as they still are, and he petitioned the mayor of the day, because it didn’t have a name, he went to the mayor and said ‘hey, the birds, I think we should call this piece of road Mallard Alley,’ and they did … Mallard Alley was his idea because he lived on it and ducks were everywhere.”

When Marra’s Grocery was the only grocery store in the town of Canmore, Hancock said Fordham had a particularly special relationship with owner, Ronnie Marra, who also played the drums, and the two of them forged what the Pancake Day breakfast at Folk Fest is today.

“Along came the folk festival and Ronnie decided on the Monday of the Heritage Day long weekend, he would start a pancake breakfast,” said Hancock.

“After a couple of years it was moved to its current location, it’s always on the Monday, and it was sponsored by Marra’s… Kelly Jay shows up in town, I guess at one point the story goes that Kelly couldn’t pay his grocery bill so Ronnie said ‘OK, I’ll do you a deal. You come and play for me at the pancake breakfast and we’ll call it even.’ That started a 20 year run of a band every Heritage Day Monday at the pancake breakfast which just grew, and grew, and grew.”

Hancock laughed as he relayed that afterwards Fordham changed the band name to “Ronnie and the Bag Boys.”

“Over the years, and here’s the star power of Kelly Jay, he talked some of Canada’s premier rockers from his era that he knew to come if they were playing at the folk festival as the headliner, Kelly would get them to come over to the pancake breakfast, so we had some serious talent,” he said.

While Hancock relayed stories about Fordham, one thing was clear; he provided a lot of happiness to those around him.

“The one thing about Kelly’s time in Canmore – he knew everybody, everybody was his buddy,” he said.

“That’s the kind of guy he was naturally. On stage he was a rough and gruff biker type rock and roll star, but off the stage he was warm and kind and friendly to everybody, and everybody loved Kelly.”

According to the GoFundMe, Fordham’s last few years were trying and financially, costs added up.

“Between medical emergencies, financial burdens and the loss of his wife of 15 years from heart complications, his health and ability to play music deteriorated over the recent decade making it difficult to ‘keep on rockin,’ ” the campaign said.

“This includes being admitted into the Peter Lougheed Centre multiple times for Cellulitis, resulting from Type II Diabetes, a broken hip, COPD and then finally, Parkinson’s. Bills started to accumulate. We kept abreast of trying to get back on our feet financially, mostly from his friends and family’s incredible generosity.”

The campaign has already surpassed its goal, of $12, 437 and as of Wednesday (June 26), it was sitting at $17,770. The money will go towards his celebration of life, as well as “alleviating some of the burden associated with the loss of a loved one.” If you’d like to donate, visit www.gofundme.com/f/kelly-jays-celebration-of-life.

Fordham passed away at age 77. His funeral will be held on Saturday, June 29 at 2 p.m. at the Park Memorial McInnis and Holloway in Calgary. In addition, an all day tribute for Fordham will be held on Sunday, June 30 at Blues Can (14290 Ninth Ave SE, Calgary) from 3 p.m. to midnight.