Chic Scott returns with special Fireside Chat at the Whyte

The special film presentation of interviews with Lloyd "Kiwi" Gallagher will be available on the Whyte Museum's website, as well as a question and answer livestream with Scott and producer Glen Crawford on April 22.
Apr 5, 2021 7:00 AM By: Tanya Foubert 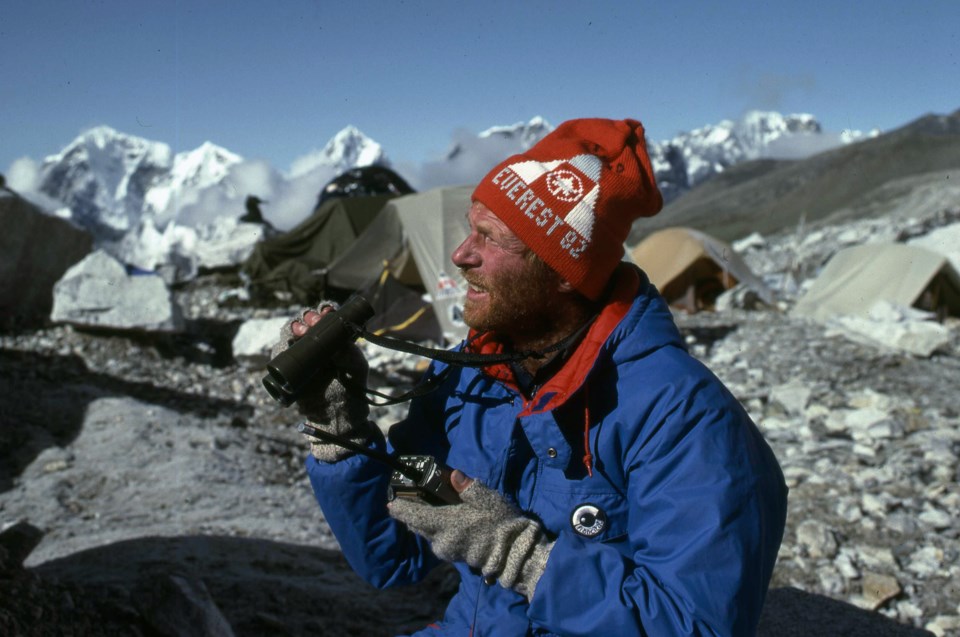 BANFF – Chic Scott is returning to the Whyte Museum of the Canadian Rockies in April for a different kind of Fireside Chat.

The public health restrictions over the past year in relation to COVID-19 resulted in Scott not being able to host the popular series of interviews in the museum's gallery space. However, that isn't stopping him from putting together a film version that features archived interviews he has done with Lloyd "Kiwi" Gallagher.

"He has a marvellous story and I wanted to get him on one of my Fireside Chats," Scott said. "I had recorded two pretty good interviews with him. One in 1996 and one in 2012, and ... those are the basis we have have to put together a Fireside chat with 'Kiwi' Gallagher."

Gallagher moved to Canada from New Zealand in 1965 and worked for 15 years with legends like Hans Gmoser, making him one of the pioneers of heli-skiing. He has been a certified mountain guide since 1966, spending his early years in the Bugaboos.

"When he became really well-known was in about 1980, when they created Kananaskis Country and Peter Lougheed Provincial Park," Scott said. "They hired Lloyd to be the public safety officer, so he did all the mountain rescues in Kananaskis up on Yamnuska and all the peaks down there for about 20 years."

Not only did Gallagher create the public safety program for K-country, he trained the park rangers and performed hundreds of mountain rescues during his time there. He also guided Premier Lougheed to the top of the mountain named in his honour.

Gallagher was the deputy leader of the successful Canadian Mount Everest expedition in 1982. Other notable climbs include Yerupeja in Peru and Pumori in Nepal, said Scott, adding the latter was the first major peak in the Himalayas climbed by a Canadian expedition.

He lived in Canmore for many years, but has resided in Banff for the past decade. He and his wife Fran will celebrate their 50th wedding anniversary this year and have two sons – Rob and Ryan.

Scott said the two interviews he recorded with Gallagher include many great stories, and thanks to the Alpine Club of Canada's Summit Series of books on some of the legendary figures in Canadian mountaineering, they also have access to photos from his early years.

He said the format for this Fireside Chat is the only way he would be able to do one featuring the legendary Gallagher, who had a stroke three years ago and has lost his ability to speak as a result.

"This is a way that we can do [a Fireside Chat] with Kiwi and I think he will be very pleased," Scott said.

Scott also teamed up with the accomplished local producer Glen Crawford to edit and produce the Fireside Chat feature film.

The interview will be hosted on the Whyte's website from April 7-22. Registration in advance is required, which is free for members of the Whyte and $5 for the general public.

That registration will also provide people with the opportunity to join a livestream discussion about the film with Scott and Crawford on April 22 at 7 p.m.

Scott added that another Fireside Chat film is in the works featuring Glenn Boles, an artist and mountaineer who now lives in Cochrane.