BOW VALLEY – It’s not totally out of the question for Ellen Braun to unexpectedly ask to use your smartphone on the street.
Jul 5, 2018 12:00 AM By: Jordan Small 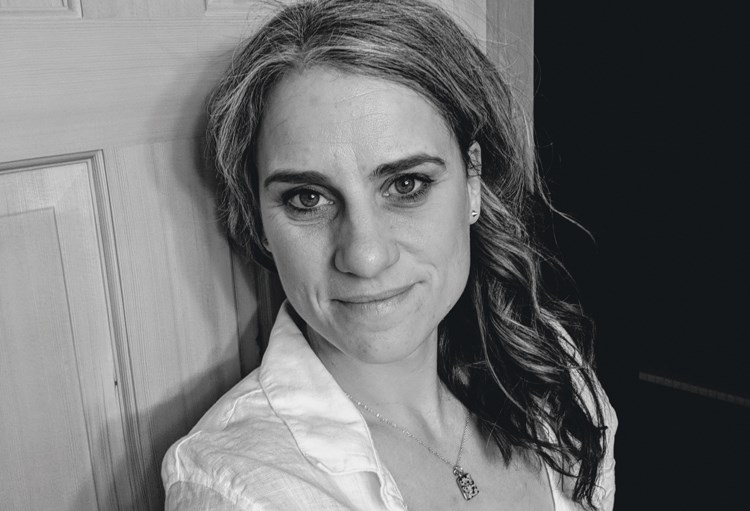 BOW VALLEY – It’s not totally out of the question for Ellen Braun to unexpectedly ask to use your smartphone on the street.

If you know the Canmore singer-songwriter and see her around town, then chances are she’s on a leisurely stroll - perhaps humming tunes from her newly released album star crossed.

But if Braun’s making a B-line your way, as her co-actor, Ben Francis, in Canmore Summer Theatre Festival’s production of Romeo and Juliet (July 4-7) experienced one day, get your phone ready.

Out on the mountain town and with no phone or notepad, “a song came in my head,” said Braun.

Luckily, a familiar face was nearby.

“I saw Ben and I was like, ‘Can I just borrow your phone, please?’ I didn’t want to talk because I didn’t want the song to be out of my head, so then I called myself and sang my song in my voicemail and gave the phone back to him.”

The uncommon encounter by the passionate musician can be partly attributed to an overflow of songs she’s come up with recently as the late bloomer is in full swing of pursuing her musical dreams full-time.

Though, it doesn’t end there, as she’s trying other artistic avenues such as acting and has landed roles in the YouTube series Canmoretown, and the play Romeo and Juliet, which runs from July 4-7 at 7 p.m. at Canmore’s Stan Rogers Memorial Stage in Centennial Park.

Expecting to sing and perform a few songs on her guitar for R+J, Braun quickly became fully incorporated as a musical narrator in the Shakespearean play with a twist.

“I find acting super fun, but singing is my home,” she said.

Some of the song lyrics in Braun’s star crossed, a four-track album about love, had to be slightly reworked and then were included in the local Romeo and Juliet production.

The album’s songs include ‘Careless Heart’, ‘Aching’, ‘Juliet’, and ‘Love Knows’, which a music video was made of and is on YouTube.

Last year, Braun was affected by depression - something she never before experienced - and she stopped working full-time.

Instead, with the support of husband, David, and their three children, Braun did what came natural to her and her leap of faith has since grown positively.

It all started with her first band, Trundled, a folk duo with long-time friend Shea. Trundled released their self-titled EP in November 2017, which included song ‘Inchoate’ and placed in the top 100 in CBC’s 2018 Searchlight contest.

This August, Braun travels to music-mecca Nashville for an invite-only workshop, plus a two-week, music residency stint at the Banff Centre.

“I used music as a way to heal for a while and songwriting has always been this thing that helps me through any tough period,” she said, before lightly rapping a balled fist on a wooden table - a symbol that’s supposed to jab away jinxes on good fortune.

“This is what I’m talking about, amazing things are happening that’s why I don’t want it put an end date on it because it feels like it’s snowballing into so much goodness,” she said.

Trundled will be performing July 9 at the Calgary Stampede, and locally, July 22 at Canmore’s Rose and Crown, plus Canmore Folk Festival, Aug. 6.

For more information about star crossed and to see tour dates, visit www.ellenbraunmusic.com.