“It’s about using fiction as a lever to get people to think about conservation issues, land use issues and environmental issues."
0
Mar 13, 2020 12:00 PM By: Chelsea Kemp 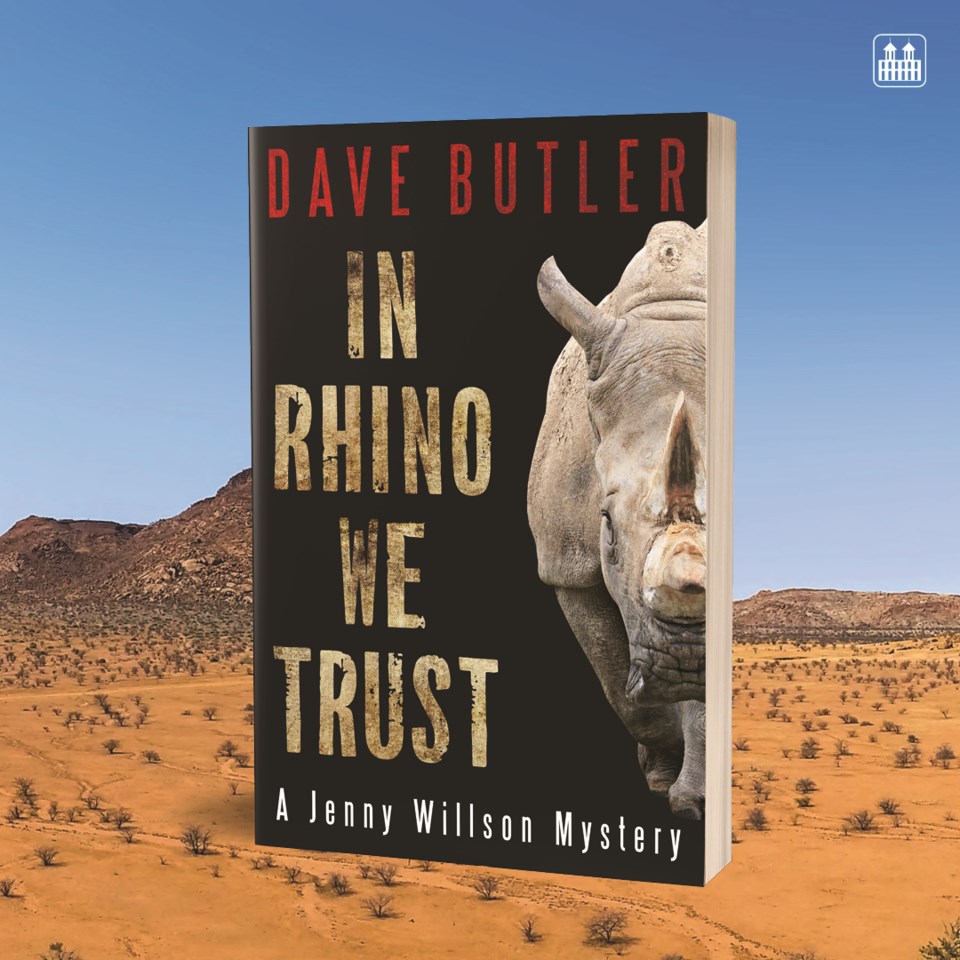 CANMORE – Releasing his third novel in the epic Jenny Willson Mystery series, a former Banff Park warden will be at the Canmore Public Library this Monday sharing the inspirations behind his latest creation.

Dave Butler's newest release, In Rhino We Trust, follows the adventures of Banff Park warden Jenny Willson. While on secondment, Willson travels to Namibia and becomes involved in trying to stop rhino poaching.

“It takes her into some pretty dangerous situations.”

Willson becomes entangled in the war on poachers and discovers how deeply their ties to international crime and poaching lie.

Butler will be at the Canmore Public Library on Monday (March 16) at 7 p.m. to speak about his latest novel In Rhino We Trust.

He said he is excited to be back in the Bow Valley, adding that it will be a unique evening because along with being a writer, Butler is also a photographer. He will be sharing images from his trips to Namibia during the talk.

Butler said he was inspired to create the world of In Rhino We Trust by throwing his character Willson into exciting and new physical and cultural situations.

“It was a situation where she was treated very differently as a woman then she might have been in Canada,” Butler said.

Butler travelled to Namibia once years ago and was immediately struck by how the location would be the perfect setting for a novel.

He returned the country a couple of years ago with a focus on working to create a novel out of the experience.

“The inspiration really was the people, the landscapes, the history and I think the conservation challenges that places like Namibia faces that is so different from Canada,” Butler said.

Butler explained that the challenge as a writer is to capture the adventures he had playing witness to incredible landscapes and wildlife and translate that experience and feelings in a way that can be embraced by readers.

The author served as a Banff Park warden and drew on his experiences to create the Jenny Willson Mystery series.

“It [the first novel Full Curl] was largely inspired by a situation I was involved with as a warden,” Butler said, explaining how the seed for his first novel was planted in his mind.

“I started to run and play with it and actually made a book out of it.”

Butler is a biologist and forester by trade, he said, and because of this, he can work on several diverse conservation issues every day. He added that he has been the director of sustainability for Canadian Mountain Holidays for more than two decades in a role that deals with land use, environmental issues, community issues, conservation and government relations in British Columbia.

Conservation is a theme that runs throughout his books, Butler said, explaining he hopes his novels inspire readers to take an interest in the complex subject.

“It’s about using fiction as a lever to get people to think about conservation issues, land use issues and environmental issues,” Butler said.

“Having different characters coming at these things from different perspectives is to create to some degree a really good spine-tingling story. But, secondarily hopefully people might think about their own opinions about things and come to understand how someone might have a different approach or perspective.”

It is exciting getting the nuance of the subject on the page. Butler added that the blessing of writing fiction is that these different perspectives can be drawn in through the characters he creates that span a spectrum from “rabid conservationists” to “mindless developers” to highlight the greys between the black and white.

“I joke that it’s 50 shades of grey – in most cases, these issues are incredibly complex with many, many layers to them and many shades of grey,” Butler said. “Once you start looking at all the people involved and all the different perspectives it becomes eye-opening.”