World music maestro Jesse Cook loves Banff and since the mid ‘90s has played there at least once every couple years.
Oct 20, 2011 12:00 AM By: Rocky Mountain Outlook 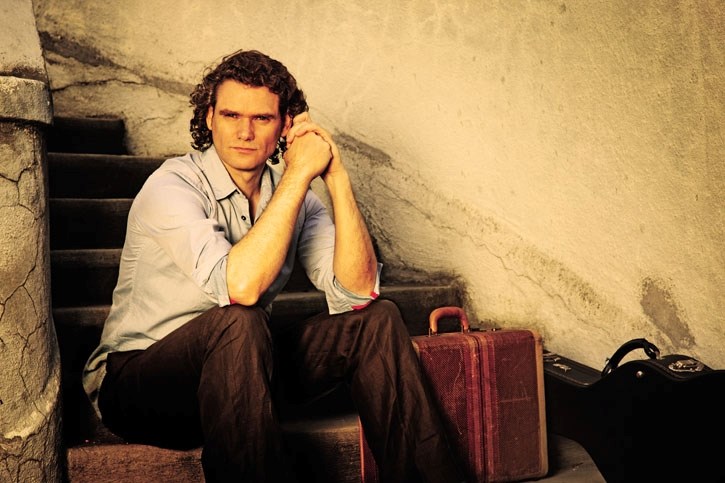 World music maestro Jesse Cook loves Banff and since the mid ‘90s has played there at least once every couple years.

“It’s usually the highlight of our tour, it’s one of the most beautiful places on the planet,” he said, in an interview with the Outlook. “Usually we try to organize it so that our day off is in Banff – we’ll do a concert there one night and then the next day go mountain climbing or horseback riding or something.”

Cook and his band play the Eric Harvie Theatre at The Banff Centre on Saturday (Oct. 22).

“One year I climbed up Tunnel and realized how incredibly out of shape I was, gasping for breath, so the year after that I did lots of exercise and then the next time I was in Banff I climbed Sulphur,” he said, reminiscing on past experiences.

His music is a hybrid of different styles, he said.

“My voice in the music is guitar and a mixture of elements of jazz and elements of rumba flamenco, and then I mix that with different sounds from different parts of the world, so there’s also Arabic and Latin America music,” said Cook.

“On the last CD I went to Colombia and recorded with a group playing traditional Colombian Gaita music,” he explained. “There were elements of Cuban music too – it’s just a big kaleidoscope of world music sounds.”

Cook was born in Paris to Canadian parents. Developing his style of music didn’t start overseas though, but rather right here in Canada.

“If you live in Canada, it’s a very multicultural country and people come here from all over the world, so I think the sound is really something that started here. Then as I made records I started travelling around the world,” he said. “Once you’re hooked on the idea of adding Egyptian music elements, what better place to go than Cairo?

“That’s often been something that I’ve done in the recording, allow the music to give me a vacation in some part of the world I’ve always wanted to go to. And while I’m there I get to immerse myself in a different style of music.”

Cook is touring with a five-piece band, consisting of himself on guitar, joined by Chris Church (Halifax) on violin, vocals and flute; Rosendo “Chendy” Leon Arocha (Cuba) on percussion; Dennis Mohammed (Trinidad) on bass and Nicolas Hernandez (Montreal) on guitar.

“The tour has just begun. We have a few more dates in Ontario and then we start working our way west,” he said. With just a few dates on the Prairies, the tour means a lot of long days of driving from Ontario to Banff.

“Luckily, I don’t have to drive the van any more. Now we’re in a tour bus, so we just go to sleep,” said Cook. “In the old days, when we first started touring across the country and driving ourselves, it would take many days of long driving to work our way across.”

Over the years Cook has recorded six critically-acclaimed studio albums and toured the world, playing shows with the likes of B.B. King, Ray Charles and Diana Krall.

While his music has gotten progressively more grandiose, for Cook’s next album, he plans to simplify things a bit.

“It’s actually a huge departure – in the past I’ve tended to make each successive album bigger,” he explained. “There was a time when I called myself the Phil Spector of world music. I would just be trying to make a wall of sound, with more and more instruments and percussion, an army of musicians and it was not strange to have 160 different instruments in a particular piece of music.

“But there is a point where you hit the wall and think you don’t want to go any further with that, you have to say, ‘less maybe is more,’ so on this record I’m trying to make it a very spacious, empty record, with just one or two instruments on each track, and a moody blue record, the kind you might listen to at two o’clock in the morning.”