From the red earth of Prince Edward Island to the grey limestone of the Rockies, Catherine MacLellan opens the 2011/12 Live on 7th music series at the Canmore Miners’ Union Hall, Sunday (Oct.2).
Sep 29, 2011 12:00 AM By: Rocky Mountain Outlook 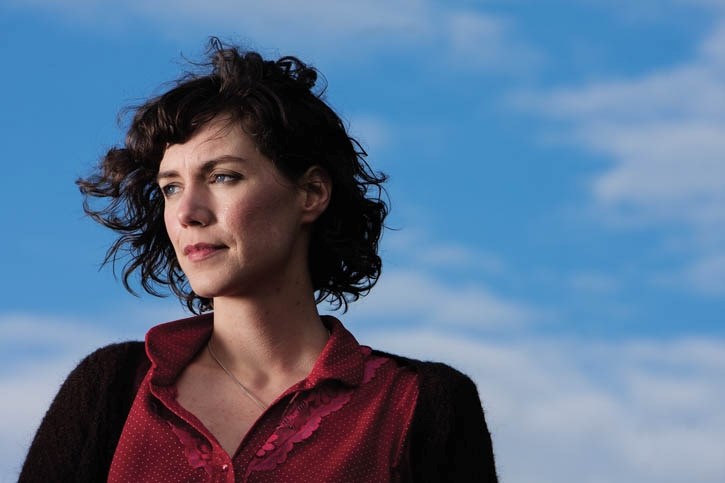 From the red earth of Prince Edward Island to the grey limestone of the Rockies, Catherine MacLellan opens the 2011/12 Live on 7th music series at the Canmore Miners’ Union Hall, Sunday (Oct.2).

MacLellan, a small town Island girl who lives outside a village of about 100 people, is making big noise in Canada and around the world with her catchy melodies and introspective lyrics.

In Canmore, MacLellan will be joined by Chris Gauthier on guitar. Gauthier played on MacLellan’s latest effort, Silhouette, which was recorded in a secluded cabin on P.E.I.

Her Miners’ Hall show is the middle of a short tour, between a few Western Canada dates, and one in Oregon, and a trip to the U.S. Eastern Seaboard.

MacLellan and Gauthier have played together for about five years now, she said, and share the stage, harmonies and a vehicle while touring. Along with Gauthier’s musical ability, “which really helps to fill in spaces you have if performing solo, and we can spend hours in the car, not talking; which is good on long trips.

“I’m really looking forward to being back in Canmore.”

With Silhouette, MacLellan has been touring as much as possible while working around a schedule that won’t keep her away from her daughter for extended periods. She had a busy summer on the folk fest circuit and, with Silhouette recently released in the U.K. and Europe, she will tour across the Atlantic this fall and winter.

“Things are going really well. We had a lot of fun at folk fests this summer and I’ve been really busy for the last couple of years.”

The 14-track Silhouette is MacLellan’s fourth album, which follows the critically acclaimed Water In The Ground. After the release of Water, she toured with the likes of Bruce Cockburn in the U.S. Water followed Church Bell Blues (recorded in her brother’s home studio) and her inaugural Dark Dream Midnight.

A singer/songwriter who shares her life experience through her music, of particular note on Silhouette is the song “Snowbird”, made famous by Anne Murray, but penned by MacLellan’s father, Gene.

As a songwriter, MacLellan admits to being “pretty prolific” and always has at least an album’s worth of songs on hand. While she does scribble song notes anywhere she may find herself, it’s at home, “a special little place which is really nice to come home to” where most of her creativity takes place.

“I do scribble notes as I drive along on tour,” she said, “you have to do something. And I always seem to have enough songs for another record when I finish one. But it’s at home when I have an hour or two to myself, or with my daughter, that I write most of my songs.

“I write about my own experiences and experiences I’ve stolen from other people and friends.”

MacLellan’s version of “Snowbird” is a quiet, stripped down acoustic guitar version, sung from the heart as you might expect of a daughter working with her father’s material.

“My dad was a songwriter. I used to sit around and watch him, so I guess songwriting is second nature to me. We were different than a typical Prince Edward Island musical family – it wasn’t fiddles and Celtic, it was folk music.

“When I started, my music was poppier, but folk was in me and that’s where I am today. In the U.K., they’d call it Americana, and in the U.S. folk roots. I think folk roots describes it better.”

Her songs, which feature sweet, delicate vocals, range from love songs like “Chop That Wood” to love lost with “Lines On The Road” to the simplicity of planting potatoes “Take A Break” and the beauty of being snowed in and staying home (“Snow Day”).

“In summer, I love travelling from place to place. It’s a good way to meet people, but my rule is no more than two weeks away from home. I don’t want to be away from my daughter for too long at a time.”

In garnering numerous awards, MacLellan said, “they are a nice tool to have; to get some press and the bio out there. But at the end of the day, what I love is getting out the word by playing for people.”

Tickets for Catherine MacLellan are $25 and available at Second Story Book on Main Street in Canmore.