Six local bands and musicians are gunning for top spot in this year's SearchLight competition.
May 14, 2021 8:30 AM By: Jordan Small 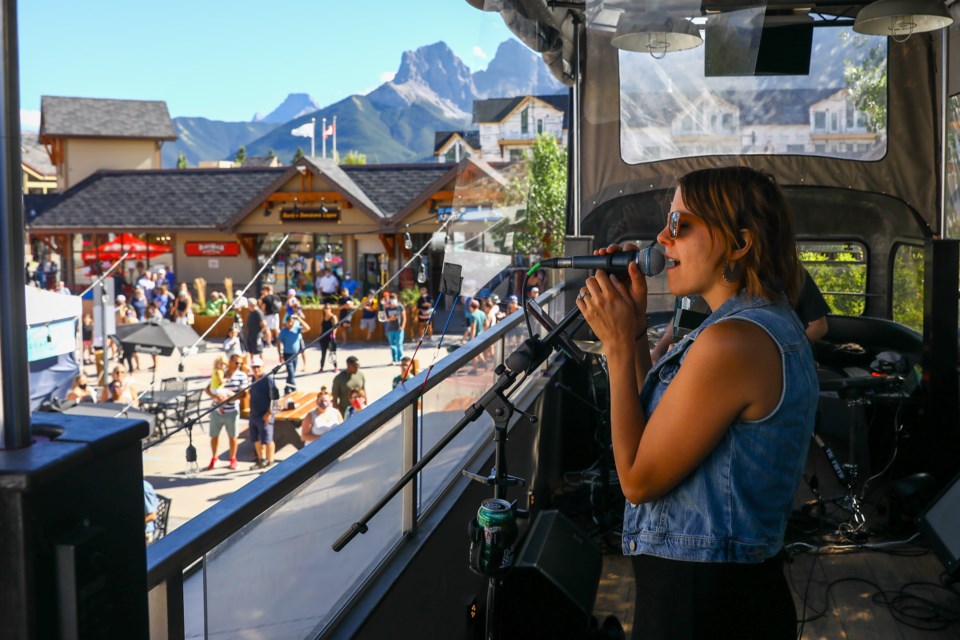 BOW VALLEY – The contest to discover Canada’s next great musical talent is underway and local artists have put their best note forward in the voting-based challenge.

More than 2,500 music videos and songs have been submitted in CBC Music’s 2021 Toyota SearchLight and looking to burst through the voting rounds on top are local musicians and bands All The Time Everywhere; Heart & Soulz; Irene Poole; Mister Bird; Northern Quarter; and The Ramblin’ Hey, Ho, Ha’s.

"I’m just going to go for it and see what happens,” said Banff’s Irene Poole.

“It’s always been fun to like see the entries in past years when other musicians I know have entered. It’s always just really nice and builds support, in general. It helps get out the word that you’re making music, even if you don’t win.”

It's time to vote for your favourite #Searchlight2021 entries! The 50 songs with the most votes will advance to the Top 100, with 50 more selected by our panel of industry judges. | @ToyotaCanada #ToyotaMusic

Check out this year's entries and vote:https://t.co/gFxGAPBLpy

Fans can cast their votes once a day on the SearchLight profile in the knock-out style competition.

The top 100 bands and musicians advance to the second round starting June 1 and ending June 8 at 1 p.m. MST.

The third round reveals SearchLight’s top 10 acts on June 15, and then on June 22, the winner and runner ups are announced.

All musicians are competing for the grand prize of a week-long talent development program in the Allan Slaight Juno Master Class, a recording residency at the National Music Centre in Calgary, $5,000 worth of recording time and instruments, a Play MPE Distribution Deal and a multi-media feature story on the CBC.

Here's a closer look at the local musicians and their songs entered in 2021 SearchLight:

All The Time Everywhere – "Partition"

Partition is the newest single from the band's debut album, The Long Con. Bassist Cushman said the SearchLight contest is a great opportunity to show off the fresh new sound.

"Our fans are awesome and support us non-stop and they said they’re going to vote every day, so lets see if they do," he said.

A post shared by All The Time Everywhere (@allthetimeeverywhere)

Banff's John Michealz (vocals, multi-instruments) and Mark Dalton (producer, multi-instruments) release their debut single, containing a blend of genres such as reggae, country, folk, blues and alternative. "Spiritual Love" is written in English, French, and Spanish for many ears around the world.

Indie-folk artist Irene Poole (ukulele, vocals) wanted to submit a song that had a local feel to it. For the college student often away from the Bow Valley, "Scott Lake Hill" is one that reminds her of home.

“I got the idea for this song when I was driving from Calgary to Banff one day,” said Poole. “You pass Scott Lake Hill and at that point it's where cell service starts [to get] a little spotty … It’s probably a good time to call from there before you get too far into the mountains and you might not have great connection.

“It makes me think of home. So when I’ve been away at school, it’s nice to play and think of home and the people I love."

Gareth Bruce (vocals, guitar) brings his bluesy-folk style of art to the contest. The Canmore-native “highlights the magic of the wild and the subtle miracles of everyday,” stated his profile. Recognized for his heart moving performances, and his powerful and oh-so gentle voice. Gracefully singing about the heavy truths of life, love and loss, bringing them to the light in song."

The Group of the Year at the 2020 Calgary Music Awards has been gracing the stages since 2017. Northern Quarter's varied influences "have created a genre-spanning band with songs ranging from Indie Folk to Jazzy lounge style vibe."

With its sophomore album coming out in June, The Ramblin' Hey, Ho, Ha's frontman Gonis said its single "Whatcha' Gonna Do" is a snappy tune that's full of energy.

"It's really well recorded. We really executed it clean, fast and hard and it's just a really high-energy song," said Gonis. "I think when people first listen to it – if we get in the top 100, it's all about the song."

A post shared by The Ramblin' Hey, Ho, Ha's (@theramblinheyhohas)