CANMORE – Chelsea McBride is entering uncharted territory with her modern jazz orchestra and she’ll do so in Canmore.
Jun 7, 2018 12:00 AM By: Rocky Mountain Outlook 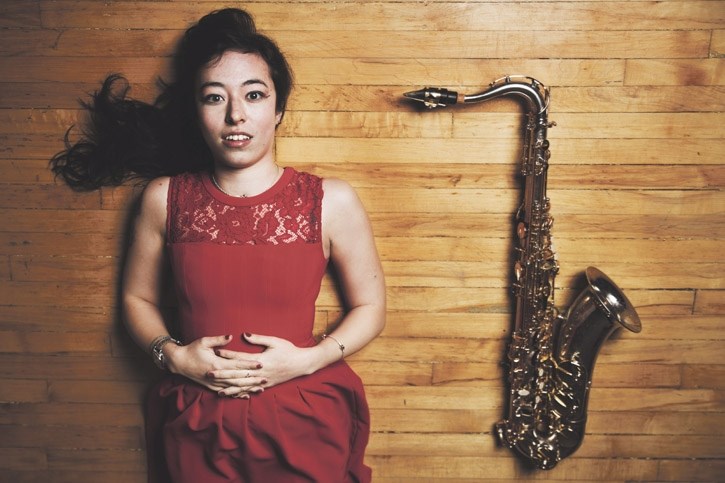 CANMORE – Chelsea McBride is entering uncharted territory with her modern jazz orchestra and she’ll do so in Canmore.

On a first cross-Canada tour, all 19 members of Chelsea McBride’s Socialist Night School perform at artsPlace next Monday (June 18) at 7:30 p.m.

“We are contemporary jazz; that means absolutely nothing to most people,” McBride said of the Toronto-based big band.

Originally from Vancouver, McBride made her way east to Toronto’s Humber College for music school eight years ago.

As she says, though, it was by way of an “accident” that she fell into big band.

McBride began writing for instruments in a big band, and admittedly wasn’t sure what she was doing, but she carried forward with it.

“I could never give up the big band and it’s essential to my identity,” said McBride. “I can’t believe it’s been a year and half since the record, it’s so much more than I thought it was going to be.”

Late next year the band has plans to release a sophomore followup to its inaugural album from January 2017.

The Canmore show promises to tell a story, which Socialist Night School explains is the “life story about you,” from early childhood dreams to the growing pains of young adulthood and the “peace of mind” that comes with finding yourself.

“I’m excited to bring music there,” McBride said. “It’s been the year of the socialist for me.”

The intergenerational band, all 19 of them, is looking at a pretty crazy travelling schedule in June; however, the tour is an accumulation of years of dedication for the group.

“This is the first time I had a long term goal I had to reach,” said McBride.

“It’s not an intergenerational group on purpose, it was whoever I could find … we came together and people jumped on it.

“We’re shooting for the stars and we have a great base to bring everything together; it’s humbling to look at.”

General admission to the Canmore show is $25.