On Tuesday (Oct. 18), iconic Canadian musician Murray McLauchlan released his first solo album of new work in 15 years. To celebrate, he’s touring the country and will make a stop in Canmore. The show, taking place at Cornerstone Theatre on Nov.
Oct 27, 2011 12:00 AM By: Rocky Mountain Outlook 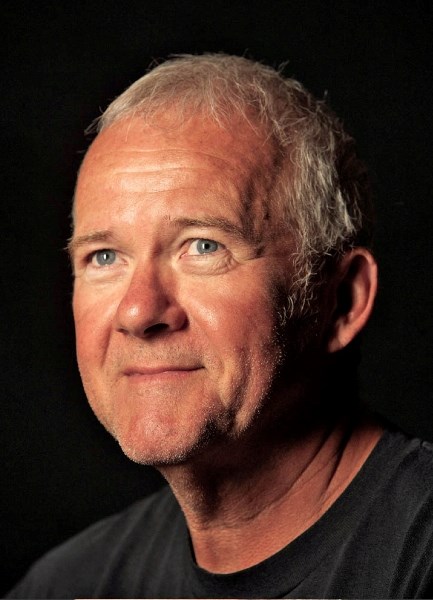 To celebrate, he’s touring the country and will make a stop in Canmore. The show, taking place at Cornerstone Theatre on Nov. 3, starts at 8 p.m. and is presented by Live on 7th. Tickets are $27.

McLauchlan, in a recent interview, said he decided to record the album because he got an offer he couldn’t refuse from Geoff Kulawick, president of True North Records.

“He took me out to lunch and said, ‘I would really like you to put out a record and I would like to put it out, and here’s the deal: I’m not going to tell you what to record, how to record it, what it should be called, what should be on it, how long it should be, how short it should be, what the cover should look like or pretty much anything else. Then all I’ll promise you is I’ll try and make sure as many people hear it as possible,’ and that was an offer I couldn’t refuse.”

McLauchlan released his first album in 1971 and has produced more than a dozen since. Over a career spanning four decades, he has garnered 10 Juno Awards and 23 award nominations. In 1993 he was made a member of the Order of Canada.

In the years since releasing his previous album, Gulliver’s Taxi, McLauchlan has worked on various other projects, including Lunch at Allen’s, a band which played the Canmore Folk Music Festival this past summer, and The Songbook: New Arrivals.

“I was not really looking to do another record after the last one that I made. I wasn’t really that concerned about doing it anymore, I was quite content with working with Lunch at Allen’s and doing the other projects,” he said. “I figured that was a phase of my life that was done, but I was convinced otherwise and I’m quite happy that I was.”

While Gulliver’s Taxi was a record he cherished, a lack of success with the album led him to quit his solo career.

“Gulliver’s Taxi was probably one of the best records I’ve ever heard, it was songs that were written with nine of the best songwriters in Canada, and the backup band was The Odds, one of the hottest bands in Canada,” he said. “When the record came out it was just less than completely ignored, so I said ‘There’s a very strong message here,’ and I quit.”

Thankfully, things have changed since then. True North, his original record label for most of his career, put out a double CD compilation of his music four years ago.

“It became the best selling record that they had, and it got out into the world, and suddenly people thought that maybe I was dead or something,” said McLauchlan. “They realized that I wasn’t, and it started to sell quite well, and I think that may in part be what convinced Jeff to ask me to make another record.

“It’s not more complicated than that; that and the fact that I had a bunch of songs that I thought were worth recording. I’m always writing songs and I’m always trying them out on people, and I try them out on live audiences, sometimes whether or not I’m going to record them.”

Called Human Writes, the new album was written and produced by McLauchlan and engineered and mixed by Jeremy Darby (Joe Cocker, Eric Clapton). The album is described as being a journey through the depths of his insight, emotion and creativity and is a work of art to be cherished.

“Basically, I try to make things that happen, in the world or in my life, intelligible in some way for people so they will understand or share the experience or come away with a slightly different take on their life because of hearing it,” he said.

McLauchlan welcomes the opportunity to return to Canmore, though it’s different every time he comes.

“I think it’s grown – there’s a lot of ski condos and I hardly recognize the place now every time I go there,” he said. “It’s a bustling little town, they have to get the cougars to stop eating people. It has a nice golf course and there’s a lot of really young Australians and New Zealanders. It’s kind of a cool place, I like it.”

All joking aside, he had kind words for the folk festival too.

“It’s a great little festival,” he said. “I actually sit on a committee for the SOCAN foundation, which oversees financing requests for many festivals, so I’m quite familiar with that festival and it’s a lovely little festival, it runs really well.”

“I’m coming with a really excellent stand up bass player, except it’s an electric stand up bass, so it really looks like some strange contraption, but it works real well,” said McLauchlan.