Music for those who love hockey, hate Toronto

“I say jokingly there’s two things all Canadians agree on; everybody hates Toronto and everybody loves hockey,” said country western musician Tim Hus. “Hockey is a common thread that runs through everything.
Nov 3, 2011 12:00 AM By: Rocky Mountain Outlook 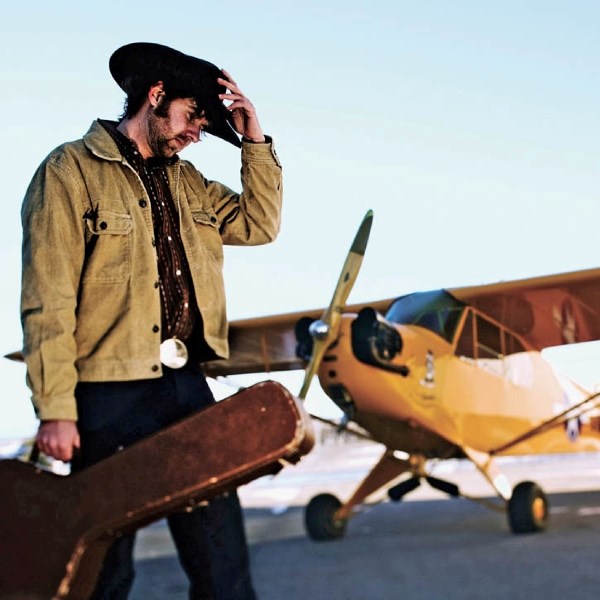 “Hockey is a common thread that runs through everything. No matter where you are, it’s always a hockey town, and I too grew up playing hockey in the Kootenays.”

Hus will be in the Bow Valley for the next few days, playing at the Drake in Canmore tonight (Nov. 3) and at Wild Bill’s in Banff, Friday and Saturday. His latest album is called Hockeytown.

“The reason I called that record Hockeytown is Canada’s such a big diverse country, with so many different regions and people and issues, I consider myself very fortunate to get to travel around it,” he said. “We play all of the provinces every year and I get to see a lot of the country, whereas a lot of people don’t. But the unifying thing is hockey.”

While originally from just north of Nelson, B.C., Hus has moved all around the country and worked at a great number of different things.

“I first started playing guitar when I got out of high school and went to work in a logging camp – just some old country songs with guys in the camp – and then the first song I wrote was about the logging camp,” he said. “And then I went out to the coast and worked in the fishing industry, so I wrote a salmon fishing song, and after a while I got a little collection of songs.”

“So I did an album and just continued on from there. And as I travelled further and further, my songs have taken on more about the places I’ve been, to the point where my latest album is truly a coast to coast album. But I just tour so much now, it’s harder to get the time to sit down and write songs, so that’s where I’m at right now.”

In his current tour, which began at the end of August, the Calgary resident went east as far as Halifax and now, two months later, has returned and is headed west.

“I’ve played in both Canmore and Banff before,” said Hus. “It’s always a good time, in mountain towns people are up for a show and party.

“I’m actually really looking forward to playing Wild Bill’s. I’ve actually wanted to play there for years and never was able to get in there. I’m pretty stoked to be coming in and doing a show there. People have been asking for years, and now I can say we’re on our way.”

With Hockeytown, Hus sings about a variety of Canadiana themes, including Sasquatch, Red River flooding, Hamilton steel, trains and vagabonds and Saskatoon berries. Towards the end of the album is a song called “Country Music Lament,” which he said is about the decline of country western music.

“I wrote that song because we have quite a few cowboys that come and see us, that still work with cattle and horses for a livelihood, and they’ve been telling me they like to come to our concerts because we still do cowboy songs,” he said. “Most of the time if you listen to country radio now, you don’t hear cowboy songs at all.

“It’s ironic in a way, where it used to be called country western music, and then they dropped the western, and then maybe recently dropped the country as well. The idea was it’s supposed to be music that spoke to rural people, and now it’s been revamped to be country music for secretaries in office buildings, and so the actual rural people feel left out.”

That said, Hus insists his music is for everyone.

“What I’ve been doing is the troubadour thing – travelling around the land and writing about the people that I’ve met and telling the story of the land in song,” he said. “My stuff is for everybody, roots music. I’ve got songs about everything, truck drivers and railroaders and ranchers, oil riggers and salmon fishermen and farmers, and the whole thing you run into.

“A lot of these things I’ve done, and the ones that I haven’t, people close to me have, people I’ve hung around with.”

With a little luck, Hus will slow down soon and get to writing his next album.

“To be honest with you, I’m just amazed by how fast the time goes by,” said. “I’ve got five albums now and I’ve been putting out an album every two years.”