For the third time in their career, Ohbijou is coming to play at Communitea. “We’ve played at the Communitea twice before,” said Casey Mecija, in an interview last week.
Nov 10, 2011 12:00 AM By: Rocky Mountain Outlook 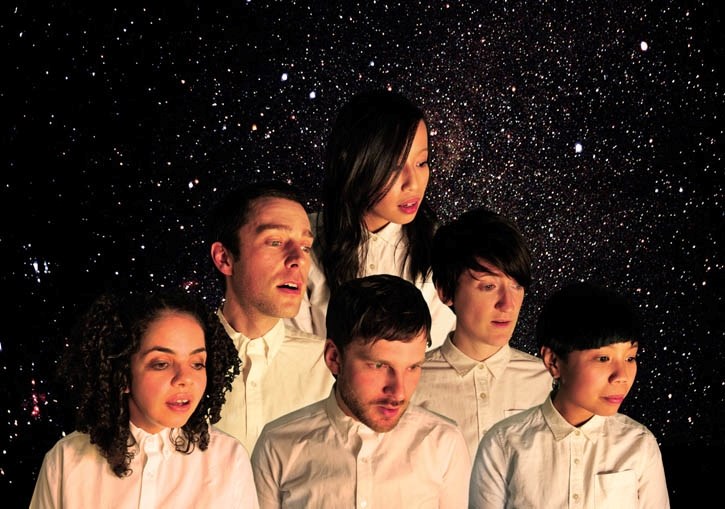 For the third time in their career, Ohbijou is coming to play at Communitea.

“We’ve played at the Communitea twice before,” said Casey Mecija, in an interview last week.

“We always like rolling up into Canmore, such a beautiful place and Alberta’s the home of our cellist and she wears it on her sleeve at every given moment. I think the venue is such a warm and welcoming environment and we like everything as a whole there.”

They’re now headed west on a tour to promote their newly-released third album, Metal Meets. The show at Communitea is on Nov. 17.

“Of all our records, this is the one that we’re extremely proud of,” said Mecija. “We put a lot of effort into the pre-production of it. We demo-ed the hell out of every idea that we had and then took those ideas to Montreal where we had an amazing experience recording it.”

The album, which has earthly themes running throughout it, is essentially a love story, said Mecija.

“Metal Meets” is a song on the album, and that song is very much a love story,” she explained. “In the album there’s an effort to try to articulate this emotion of love in a new language, a language that explores different places and shifting geographies and textures and different environmental elements and things like that, so that’s basically in a nutshell what the album is about.”

With Ohbijou’s first two albums, Swift Feet for Troubling Times (2006) and Beacons (2009), Mecija did all the writing. With Metal Meets, however, other members of the band became more involved in the process.

“I really like the song that my sister wrote on the record, called “Iron and Ore,” and the song that Ryan our pianist wrote, called “Answr.” I think because there was this effort to include different writers on this album, that makes for a lusher and more mature effort.

“A lot of what we’d do is arrange together, and I’m the one that brings the lyrics and melodies for the bare bones of the song, and for this record it was just a little bit different. We all brought songs to the table and just tried to figure out which ones would work best.”

Her favourite song on the album is “Turquoise Lake.”

“I definitely really like the song “Turquoise Lake,” the second last song on the record, it just sort of builds to this screeching delay, which I think is a really beautiful environment for the lyrics,” explained Mecija. “It has beautiful imagery of memory, to me, and has me driving down the highway in Toronto in the winter and seeing Lake Ontario, sort of glowing this effervescent turquoise.”

The name Ohbijou has no real meaning, said Mecija, noting it came from more of a feeling of the band’s aesthetic.

“There’s no specific meaning to it, it’s just like a term of endearment that was kind of made-up,” she said. “It’s what we were stuck with as an esthetic of what we were trying to create for the band and a sound for the band.

“We all enjoy making music, and being in a band for seven years, we’re committed to this relationship of writing music together and have learned how to compliment each other’s musicality and we enjoy communicating to different people through this thing we call music.”

Touring with Ohbijou and opening the show is Snowblink, another Toronto-based pop band.

“We’re good friends with them – they’re from Toronto too and they’re incredible,” said Mecija. “They make ethereal music and it’s really beautiful. The opportunity came for us to tour, and they wanted to hop on board, and it just seemed like a great pairing.”

Both bands can be found online at ohbijou.com and snowblink.org