Busking Europe in the 1970s could have been more lucrative for Mike Petroff, but the spoils of streetside performance weren’t always key to the young singer/guitarist’s fulfillment in life.
Sep 14, 2017 12:00 AM By: Rocky Mountain Outlook 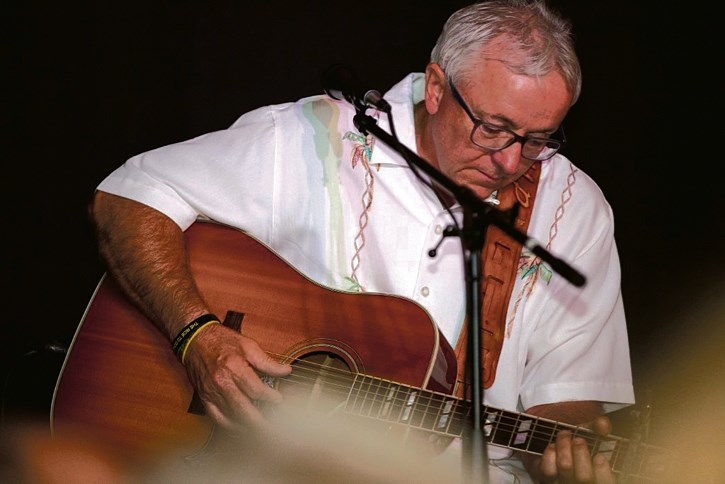 Busking Europe in the 1970s could have been more lucrative for Mike Petroff, but the spoils of streetside performance weren’t always key to the young singer/guitarist’s fulfillment in life.

Each song tells a story of something or someone who made an impression on the long-time Canmorite.

The songs revealed themselves to Petroff organically; such as a lifetime ago when the young busker was on a third trip in Europe and a woman stopped to listen.

At the time, most of the coins being tossed in front of the busker supported a European gypsy lifestyle, which included a steady diet of beer and hot dogs in the evening. It depends on what country you’re in, but you might have found yourself drinking Cuban beer Tropical – the only available beer on the Canary Islands – or reinvesting your funds in a Heineken in the Netherlands wasn’t a bad choice.

On the day in Europe, though, as a day of playing Bob Dylan tunes wound down and a cold Heineken called out to the Canadian, an elderly woman approached.

“A lady shared her story with me that was during wartime,” Petroff said. “She was a Dutch lady and after the liberation of Holland she met a Canadian Armed Forces guy.”

The story was right up the alley of what Petroff was hoping to hear; after all, these stories have been his greatest inspiration as a songwriter.

Caught up and then realizing the wrinkled Dutch woman was alone, she continued her story.

“They planned to rendezvous later in Canada and on the way back to Canada, he died in a shipwreck,” Petroff said.

There are two mantras which Petroff lives by, and an untold story is an injustice in his eyes.

The song “This Is Not Goodbye” is in homage to the Dutch woman who never saw her love again in this lifetime.

Over the decades, some songs were influenced by a quirky encounter with a truck stop waitress, while others take on a more touching role, such as “This Is Not Goodbye.”

“I always have my antenna up,” said Petroff. “I find if you ask a lot of questions you’ll be rewarded. Most my stories come after someone has left me with a memory and I’m paying homage to them.”

Perhaps the greatest impression left on his life was by his wife, Joan Cook, who is the inspiration behind the album name and song, 1000 Storms.

After revealing the album’s name to Joan, Petroff then spoke of his second mantra in life.

“It takes a village to raise a songwriter,” he said.

Petroff described his wife as his biggest supporter: “We’ve been married for three dogs – that’s our joke,” he said, with a laugh. “Now she’s kind of my editor, and I bounce ideas off of her.”

The album is actually quite the family affair, as Petroff’s daughter Margo shaped the artwork for its cover.

Petroff had many thanks to all who helped with the album’s creation, and the extensive work of producer Geoff Hilhorst.

When Petroff and company debut 1000 Storms at artsPlace, local musician and friend Gord March will open the night, which Petroff said will be followed with two 45-minute sets in performing the entire album, plus a few bonus tunes.