The Whyte Museum of the Canadian Rockies is planning a long-term exhibition and museum officials are turning to the public to help design it.
Sep 22, 2011 12:00 AM By: Rocky Mountain Outlook 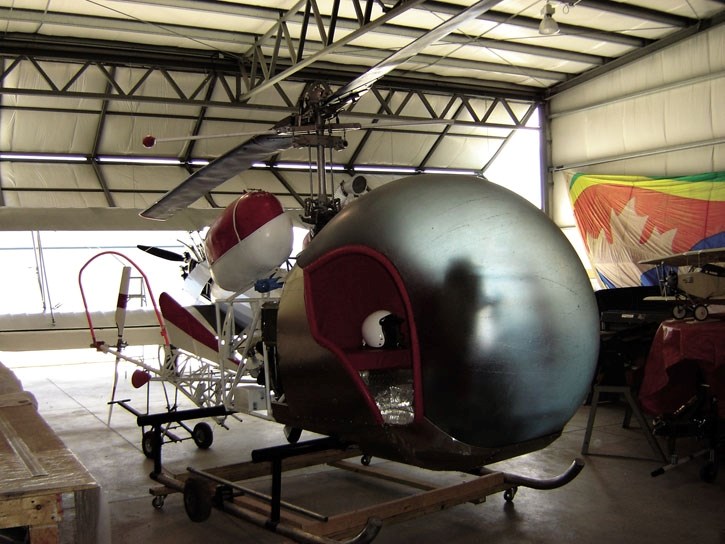 As part of the story of Hans Gmoser, founder of Canadian Mountain Holidays, and heliskiing, Gateway to the Rockies will feature a replica of a Bell 47 helicopter built in Springbank by Fred McCall and Herb Drager.

The Whyte Museum of the Canadian Rockies is planning a long-term exhibition and museum officials are turning to the public to help design it.

Gateway to the Rockies, which will open in May 2012, will run for 10 years and serve to share the history of the Rocky Mountains. But in a change of pace, rather than plan the exhibit and its stories entirely in-house, executive director Michale Lang at the Whyte wants to know what stories the public believes are important.

“I feel we are here to serve an audience and I think it is important that what we do is transparent and public and give people an opportunity to give feedback,” she said.

The Whyte has already done the formative research for the exhibition and has a number of threads it is proposing to share as part of Gateway to the Rockies. But in an effort to better allocate its resources, Lang said the Whyte has designed a survey allowing the public to indicate which exhibit ideas are the most important.

Some of the stories the Whyte is planning to tell include First Nations, Peter and Catharine Whyte, skiing, guides and outfitters, conservation and national parks, the world wars, the Canadian Pacific Railway, immigration and artists.

“It really is a brief history of the Canadian Rockies that we are trying to tell. Those are the categories, but we are asking people to tell us the ones you find most interesting because that is where we’ll be able to put our resources,” Lang said.

The survey can be accessed at the Whyte’s blog at whytemuseum.blogspot.com then click on the ‘Gateway to the Rockies Exhibition’ link or at the Whyte Museum itself.

While Gateway may not be the largest exhibit undertaken to date, Lang said it does come with the highest price tag: $500,000 to be specific.

But that will allow the Whyte to do more with the exhibit space.

“We are trying to do something different with it. We’re trying to have it more interactive with more audiovisual elements and obviously very beautiful professional design,” Lang said.

Lang said the public is also invited to call her at 403-762-2291 or write a letter providing their thoughts and ideas.