Local cartoonist Patrick LaMontagne published a video essay on YouTube, discussing the topics of COVID, empathy, kindness, and the struggles we have all faced in 2020.
Dec 30, 2020 4:00 PM By: Tyler Klinkhammer 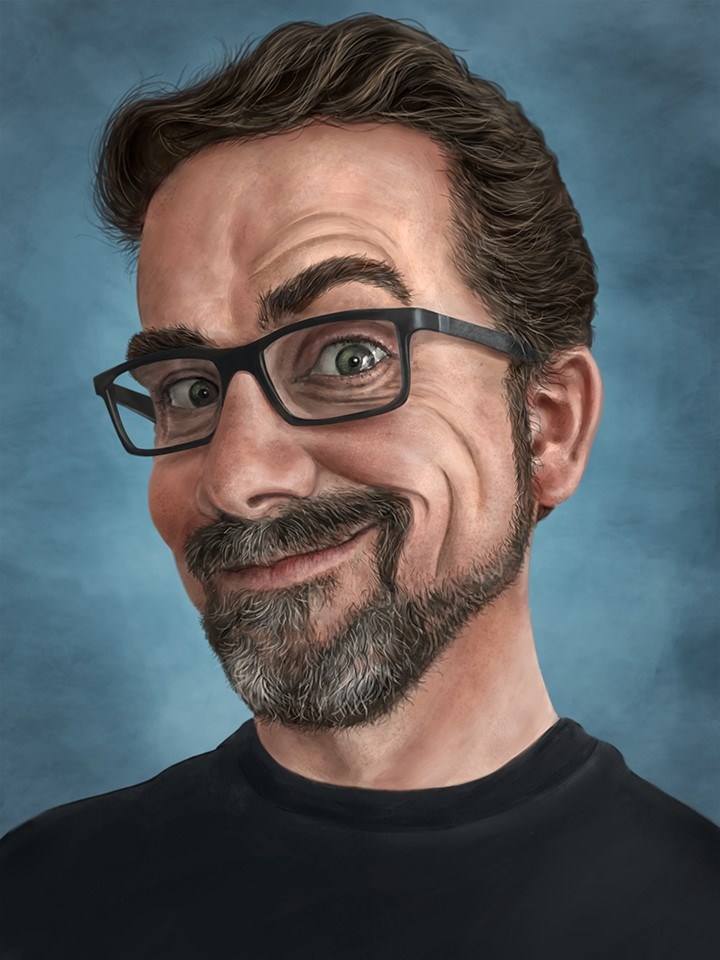 A self-portrait by Patrick LaMontagne.Photo Submitted.

CANMORE – “This virus took many lives and livelihoods. Some relationships will be forever damaged – casualties of differences in perspective. We will never be the same. Whatever the next year brings our way, it comes with the same choice we’ve always had: whether to knock somebody down, or help them stand,” narrated editorial cartoonist Patrick LaMontagne, in a video on YouTube.

LaMontagne’s recently published video details the many changes and shifts his cartoons went through as the year progressed.

He opened the year covering topics like the wildfires in Australia, Prince Harry and Megan moving from the U.K. to Canada, and the Conservative Party leadership race in Ottawa.

But in February, a new topic, one that would persist through the remaining months of 2020, dominated his art.

“Suddenly it was all COVID all the time,” he says in the video. “We began to wear facemasks when we weren’t arguing about them. The closures began to take their toll. Some small businesses failed while others struggled to stay alive. We all started to go a little crazy with the isolation. We missed all of the little things we had always taken for granted, and we did what we always do when we’re frightened and uncertain: we turned on each other.”

LaMontagne said that the idea for the video was borne out of a sense of frustration, which grew as the year progressed, largely driven by how he saw people treating each other online.

“One of my biggest frustrations in all of this is the division. People seem to have to have it pointed out to them that everybody that they disagree with is still struggling just the same as they are, they just don’t see some things the same way they do,” he said.

“Lately, if somebody doesn’t agree with you all of a sudden, they’re the enemy, instead of somebody with a different background or a different perspective.”

He said he tried to point that out in a number of the cartoons he published this year, but became frustrated by the resistance to that message.

“It’s very frustrating to see people getting really angry about things, but that anger doesn’t serve them. It doesn’t change anything,” he said. “People are really having a hard time with this. It doesn’t make them feel better. People need some empathy, they don’t need to be told they’re wrong for feeling the way that they do.”

He said he saw that trend becoming apparent in the lead up to the 2016 U.S. election.The pervasive undercurrent of division online was becoming obvious then, and it was a topic that he felt deserved to be addressed in his work.

Now that COVID-19 has dominated his work for nearly a year, like many others, LaMontagne is experiencing a touch of pandemic fatigue.

“If you had asked me a year ago, I would have said that I’m sick of talking about the U.S. election,” he said. “I’m sick of talking politics all the time. As COVID progressed, it’s funny how I would give anything to go back to that – the things that I was complaining about.”

Despite the problems LaMontagne identified in the video, he said, he feels optimistic about the future.

“I’m not optimistic at the best of time, which is just my nature,” he said. “With the vaccines and that, I also know that pandemics have happened before. The 1918 pandemic, which was so much worse, it eventually ended. It has to end. This doesn’t last forever.”

The video ends on a positive note, and a message to, “Cry your tears for the year that could have been, but look ahead to a better one coming,” he says in the video. “For what it’s worth, and with fingers crossed, happy New Year."

“I just think people aren’t helping themselves very much by getting angry about this, and they’re taking it out on their friends and neighbours,” he said. “It would be so much easier if people would just be a little nicer to each other. I know that’s very Pollyanna and very Pie in the Sky, but it actually doesn’t take much to do.

“It’s that old line –iIf you don’t have anything nice to say, don’t say it all."

LaMontagne’s video is published on his personal YouTube page, Patrick LaMontagne, and is titled Cartooning COVID – A Video Essay.