Sean Burns helps people forget about all the bull

Sean Burns’ latest western tour has already had two casualties. On Friday (Aug. 19), the Ontario-based singer-songwriter’s car window was smashed and his guitar taken. It happened in Edmonton, the day after playing there.
Aug 25, 2011 12:00 AM By: Rocky Mountain Outlook 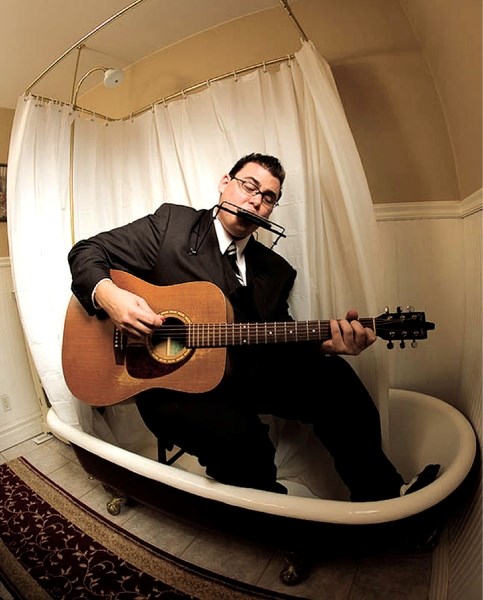 On Friday (Aug. 19), the Ontario-based singer-songwriter’s car window was smashed and his guitar taken. It happened in Edmonton, the day after playing there.

“I drove down to Red Deer, but nobody had the glass,” he said. Having to play in Calgary that night, the event did not dampen his spirit and Burns continued on his way.

“It’s kinda a drag, but I’ve got a lot of friends in Calgary and I can borrow a guitar for a couple weeks, before I can figure it out,” he said.

At that point in the tour, Burns was playing solo shows. For his appearances at the Rose & Crown in Banff, Aug. 30-31, and the Drake in Canmore, Sept. 1, he’ll be joined by two other bandmates.

“The guys come back and join me in Banff,” he said. James Pain will be on guitar and Harley Hoft on bass. Burns first played in the region about a year ago and is now glad to make his return.

“It was good, I’d never been to Banff before,” he said, talking about his visit last September. “I’d never experienced the mountains like that, and when you drive into the park, you’re just surrounded.

“It’s an interesting place, man. I grew up in Toronto and I’m all used to high rises, so it was really cool for me.”

This tour began June 20 and ends Sept. 22, with a hectic schedule which has Burns crisscrossing the west several times, with a base in Alberta.

“Someone said in Edmonton, ‘Buddy, you guys aren’t touring, you’re just travelling,’” he related. “That’s basically the truth – there’s places I’m coming to that are places I really like playing, really nice towns. So it worked out for me to come play them solo, in smaller rooms. Instead of sitting around on Sunday, Monday, Tuesday, I might as well go out there and play some songs and see some people.”

Touring is the key, he stressed, and the most rewarding part of being a musician.

“The only way I know how to do it is to go hard and to go all out, to keep your faith fresh and keep the tunes fresh in people,” he said. “This is all we do for money, so we gotta do it – I really like the touring and meeting people all over the country.”

The touring is in support of his second album, A Glimpse Through Storyboards & Situations, released last year.

“It’s going pretty good and I think maybe next year, once I get my thoughts and finances in order, I’ll be able to do another one,” he said. “That’s the idea at least; we’re playing a bunch of new songs every night.

“We’re doing about five or six tunes that will probably be on the next one that I record, but I’m still writing them.”

“I can get onboard with that,” he said. “I’m telling stories. A lot of them are pretty personal and honest and I guess the goal is to continue to tell stories that are interesting, but maybe take myself out of the equation.

Fusing storytelling and good characters with a mix of musical styles is what it’s all about, he said.

“For me, that’s what I’m trying to do, tell stories that people can relate to, even if it’s brutally honest about me or not, and to make it catchy,” he said. “I like pop tunes and I love old traditional country, so I try to fuse everything together, all the influences, and respect everyone I grew up listening to and still trying to tell stories.”

With that in mind, Burns always plans for his shows to be a lively event.

“People laugh sometimes – it’s lively, absolutely,” he said. “I think it’s our job to make people have fun and forget about all the bullshit.”