BOW VALLEY – If you’re a woman who has immigrated to the Bow Valley and has a story to tell, The Shoe Project may be just what you’re looking for.
Aug 30, 2018 12:00 AM By: Dave Whitfield 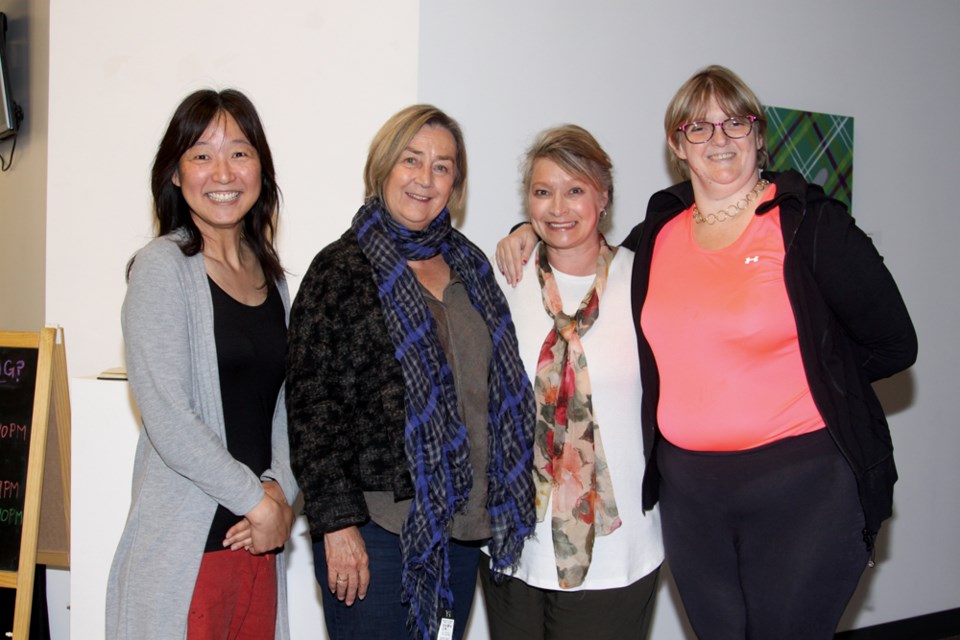 BOW VALLEY – If you’re a woman who has immigrated to the Bow Valley and has a story to tell, The Shoe Project may be just what you’re looking for.

Coordinator Noriko Ohsada has taken part in the program in the past, in the Bow Valley and Calgary, and has taken on the assignment of finding women to participate in this year’s event.

She currently has seven or eight women who are interested in sharing their stories with the public, but would like to see another four or five women, particularly from Asia or Africa,
join in.

Ohsada has her own story of moving to Canada from Japan, with many trials and tribulations and regrets overcome. She’s taken part four times now and said, “I fell in love with this program and want to share the great experience. It helped me to go back to my old memories, which sometimes people want to forget.

“But the program made me look back and realize what I was thinking about and that I was ready to talk about it. It was very healthy, mentally, to take part. I had only been looking at the future, not back.

“The benefits I received were amazing. I made friends, learned more English through voice training and performance opportunities and have more confidence. Now a shy woman from Japan can be interviewed.”

In Ohsada’s case, she didn’t have shoes of her own that she felt represented her story, so she incorporated her daughter’s figure skates in her story.

For women who take part in the project, they will receive with English, with writing and sharing their stories and a performance which sold out last year.

Calgary’s Nan Poole will work on the performance aspect of The Shoe Project, with a pair of shows slated for February.

Pam Clarke, Calgary school teacher and author of Kalyna, a historical fiction story of a Ukrainian family’s move to Canada in the early 1900s and an internment camp in Banff National Park, will work with the women on crafting their stories.

“Telling that story, I think, relates to this,” said Clarke. “It’s very similar in that it was years and years before that story became familiar to Canadians.

“So I see my role with these wonderful participants as bringing out and honing their stories from inside them. Along with the writing, there’s lots of conversation and peer support, as well as coaching to be able to share your story with one person, then a little bit bigger group, then a performance aspect.

“English lessons will be intertwined with the program as part of the mandate. I’m so looking forward to this, I’m thrilled to be part of this program. I do love stories and I believe everyone has these amazing stories inside them.”

Program founder and author Katherine Govier agreed that everyone has stories within them. “And the shoes are a big part of it,” she said. “It’s part of everyone reaching within themselves.”

Govier hopes the women involved will have a pair of shoes that are important to them and that relate to their story.

It’s not always possible, though, she said. “We had one lovely Polish woman who wrote a story about her special boots . They’re Polish boots made in the ‘80s in communist times, and they were along the lines of Neil Armstrong’s moon boots. They were made of plastic and you had to stand in line from four o’clock in the morning at the meat store to get a pair.

“I said, ‘you’ve got to have the boots’ and she went on Polish eBay and found a pair and had them sent here. Now they’re museum artifacts.

“Sometimes people do bring a pair of shoes with them, or have kept a pair. We had a lovely Chinese woman, who was an editor and she had these high heels, really pretty shoes with straps all over and to us they were really sexy shoes for a party or something. But they were her work shoes in China because she had an office job and you wore those to show you don’t have to do
manual labour.

“She brought them here and never wore them, but kept them to remind her of her past.”