A double bill featuring Samantha Savage Smith and Freedom or Death will take to the stage at Communitea Cafe, Sept. 19, as the last show of summer and the first of the cafe’s fall lineup.
Sep 15, 2011 12:00 AM By: Rocky Mountain Outlook 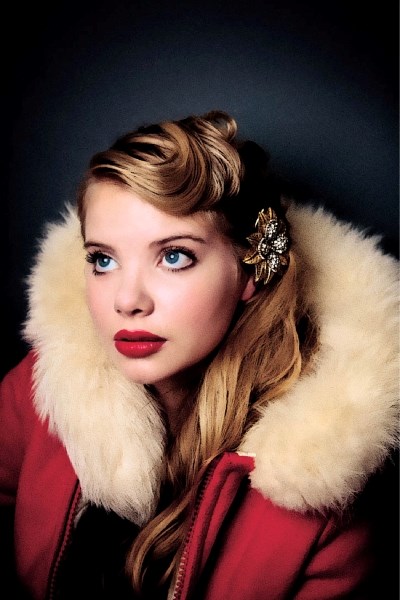 A double bill featuring Samantha Savage Smith and Freedom or Death will take to the stage at Communitea Cafe, Sept. 19, as the last show of summer and the first of the cafe’s fall lineup.

From Calgary, Smith is a folk rock artist who’s just recently released her first album independently, Tough Cookie. The album has been picked up by Toronto record label Arts & Crafts and is now headed towards major distribution by that company.

“It’s awesome, it’s really cool,” she said, in an interview last week. “The distribution deal with Arts & Crafts is the big one – this is going to be available almost everywhere. And I’ve just been playing a bunch of shows, promoting the record and getting ready for the release.”

Though Smith has been playing music for years, it was at the urging of a friend that she decided to release her first album.

“Lorrie Matheson was the reason I recorded it, he jumpstarted it all,” she said. “He saw me play and heard my demo and offered to record my album, and he’s been pursuing it with me ever since. And then the ball started rolling, unexpectedly, so it’s good.”

This performance will mark Smith’s first time playing in Canmore.

“I’m pretty solid with the idea of getting out there just kinda locally,” she said. “I’ve been playing Calgary a lot, and it’s nice to see more of Alberta and B.C.”

Her music, while mostly electric, covers a wide range of styles.

“It’s totally all over,” she said. “I don’t really know how to describe it, other than it’s a mix of all the things I like to listen to, and what I attempt to make it sound like ends up being a whole different thing sometimes.

“It’s just what I grew up with and what I listen to now.”

And as for what she sings about, that too is hard to define, said Smith.

“I’ve never really laboured over a specific direction of how I want the songs to turn out, it just kinda in its own way ends up the way it does,” she said. “I don’t think about it too much.

“They tend to be about myself, it’s an outlet for me. I love playing, and I love playing guitar, it’s just something at the end of the day I love to do. So whether a song is totally, utterly depressing or upsetting, or jumpy and happy if you will, it’s something I can be completely honest about and be really happy to do.”

For the Canmore show, Smith will play with a full band.

Following the Canmore gig, Smith will head to Vancouver to embark on a cross-country tour.

To hear Smith’s music, visit her website at samanthasavagesmith.bandcamp.com

The other act, Freedom or Death, is a Toronto-based Afro-beat alternative indie collective, also connected to Arts & Crafts, touring Western Canada in support of their new EP, Ego.

“They’re putting out a new record too, and it was a nice opportunity to get on the road and go with another band,” She said. “To get your music out there and show people what’s what, so it’s good for them to hang out with some Alberta folk on the road.”

Freedom or Death can be found online at freedomordeath.bandcamp.com