BANFF – Susan Aglukark is more than a musician; she’s a voice for Indigenous peoples everywhere, she’s a survivor, and she’s a humanitarian – to name but a few of her roles in life.
0
Jun 27, 2019 12:00 AM By: Alana MacLeod 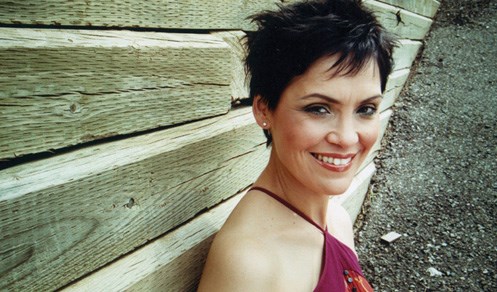 BANFF – Susan Aglukark is more than a musician; she’s a voice for Indigenous peoples everywhere, she’s a survivor, and she’s a humanitarian – to name but a few of her roles in life.

“I’ve been fortunate in that I was given an opportunity and that opportunity turned into the last 24, 26 years of forging a healing journey and if one story and one example can change the path of another, I think these are the days and the moments. We have to share the success stories,” she said during a phone interview Sunday (June 23).

Aglukark is an Inuk musician who moved to Ottawa from small town Nunavut in 1991 when she was only 23. Initially moving for a job as a translator, Aglukark said she didn’t consider herself a musician at that point.

“In your heart of hearts you kind of know what you are, what you want to do … I very quickly got engaged in songwriting. Since 1992, I’ve engaged that, that process of becoming an artist.”

However, her journey hasn’t always been easy. When she left Nunavut, Aglukark had just won a case against a pedophile after enduring sexual abuse as a child, an experience she’s been vocal about throughout her career.

“The very opposite happened.”

For Aglukark, music became an opportunity to not only share her stories and her history, but also to become an advocate.

“I started the Arctic Rose Foundation. Quote on quote, art therapy for northern children and youth,” she said.

“I developed the program and I share the process because one thing we’re learning is that we’re going to be doing this work for several generations and we come to our work from varying levels and degrees – it’s going to take some time for us to get well enough, to be whole as we continue correcting the narrative – healing as we go.”

It comes as no surprise then that for Aglukark playing her music at an Indigenous Peoples Day celebration was a no brainer.

“Indigenous Day is one of those days where we have the ear of the whole country and that we can say and share the history, the work we’re doing. Indigenous Day is, I think, a very important day for Canadians and Canada. It’s when we’re all listening.”

She’ll play music from all seven of her albums, which she said would take the listener through a journey.

“This story is reflective of learning who we are,” she said.

“Showing that this [reconciliation] conversation has not died, what reconciliation means to me is correcting the story. As Indigenous, we’re living our lives from a generation previous who were a broken generation … We always knew it, but now it’s public information. Our piece is we’re also learning the truth … The audience will get to learn bits and pieces that I’ve learned.”

On top of her advocacy, Aglukark has won three Juno awards. According to the Banff Centre’s website, she’s considered as “one of Canada’s most treasured artists.” On top of the Juno’s, she has been awarded the Governor Generals Lifetime Artistic Achievement Award.

To find out more about Aglukark or to buy tickets, visit www.banffcentre.ca. Aglukark will play at Banff Centre’s Shaw Amphitheatre on June 30. Tickets are 45$ for adults, 42$ for seniors and 40$ for children.