The Shoe Project lands on its feet

There are many stories to tell in the Bow Valley and a project aimed at telling those of immigrant women has really landed on its feet within the local community.
Jun 15, 2017 12:00 AM By: Rocky Mountain Outlook 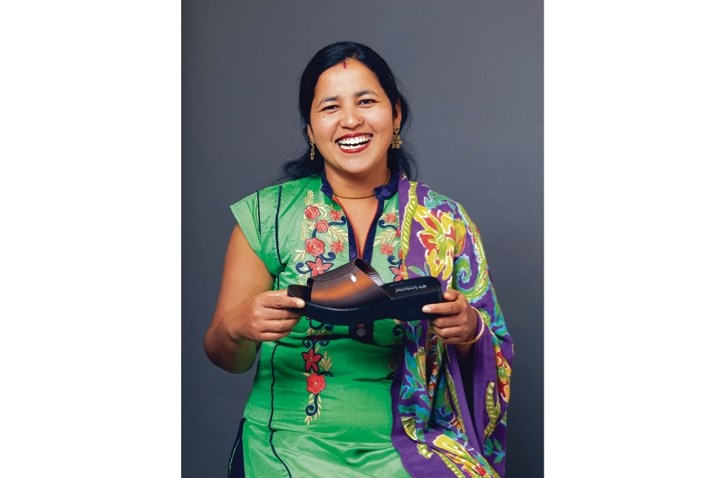 There are many stories to tell in the Bow Valley and a project aimed at telling those of immigrant women has really landed on its feet within the local community.

The Shoe Project, created by author Katherine Govier, was held in Canmore in 2015 and returns this month to share the stories of local immigrant women through their footwear.

The shoe, as it turns out, is a fertile metaphor to tell stories about immigration, a conversation that has changed in this country, and south of the border, since the project was first here.

“In the years since The Shoe Project began, the whole issue of immigration and refugees coming to our country has exploded,” Govier said. “It was not topical, but now, because there are many coming and it has become political and Canada is taking its place as a leader, we have learned we want to work with people at all levels of this experience.”

The Shoe Project helps immigrant women write their stories in English through a series of workshops with a professional writer. They also work with a voice coach to tell those stories at a live performance, which will be June 24-25 at artsPlace. Author Marina Endicott worked with a dozen local women on crafting those stories and Banff mezzo-soprano Nan Hughes Poole worked on public speaking and voice coaching with them.

Tenzin Palzom is Tibetan, but born and raised in India and came to Canada through Project Resettlement that brought 1,000 Tibetans to this country.

“Life in Canada is different in many ways,” she said, “from weather, to food and, most importantly, the standard of living.

“It gives us a platform to speak in front of a large audience and let go of our fears of speaking in public. It also improves our writing skills and gives us the ability to be more expressive. We learn a lot from each other’s backgrounds and experiences.”

Govier’s idea when she created the project was to help develop written and spoken language English skills for immigrant women. It just so happened that the first workshops were held at the Bata Shoe Museum in Toronto five years ago.

“We started and I had these workshops there and thought I might do it once or twice,” Govier said. “But it revealed itself as a huge topic. It is a wonderful metaphor for the journey, for the transformation to the new life. The discarding of the old, or even the special occasion, like wedding shoes or shoes for prayer. It just turned out to be such a rich project.”

The project has also helped put the stories of immigrant women in Canada into the mainstream and empowers them to have a voice. In addition to the Canmore session, workshops and performances have been held, or will be, in Toronto, Calgary and Halifax.

But telling the story in the Bow Valley for the women, noted Govier, is a much more intimate setting and experience. She said in a small town, like this, there are more connections between people and the performance has a more personal feel that is special and heart warming.

“It is very different in a smaller community like Canmore or Banff,” Govier said. “One thing is that the women who are speaking their stories will quite likely have met some of the people in the audience. It is much more of an exchange and I really noticed that in the first performance we did in Canmore.”

There are common themes like escaping political regimes, poverty and difficult working conditions, but there is also a thirst for adventure and a better future for themselves and their loved ones.

“For me, living in Canada is incredibly fabulous,” said Heidy Gaitan, who came to the country from Colombia in 2002 on a working visa and then became a citizen in 2008.

“It is the country where I want to be forever, a country of freedom and peace. I can breath the fresh air. Everyone is friendly, and always ready to give a helping hand. This is why I am still living here 15 years later.”

Joylina Gonsalves came from India in 2012 and left everything behind for a better life. She said the experience was exciting and stressful, but today she couldn’t be happier.

“Moving to another country is one of the most painful things anyone can go through, but it makes you stronger than you ever imagined,” she said. “At times, you are so caught up with life’s struggles and worries of the future that your past seems to slip.

“The Shoe Project has helped me to pen down my memories. It is like a chain reaction when you remember a memory from your journey, and then you get dragged into a few more that are connected.

“This workshop has helped me to connect with my past and I have become so much more appreciative of my Bow Valley community, and friends I have today.”

For the performance, the women will read the memoirs of their journeys to Canada. The performance takes place at 7:30 p.m. both evenings – go to www.arsplacecanmore.ca for tickets or more information.