The 'sky is the limit' for local model and actor 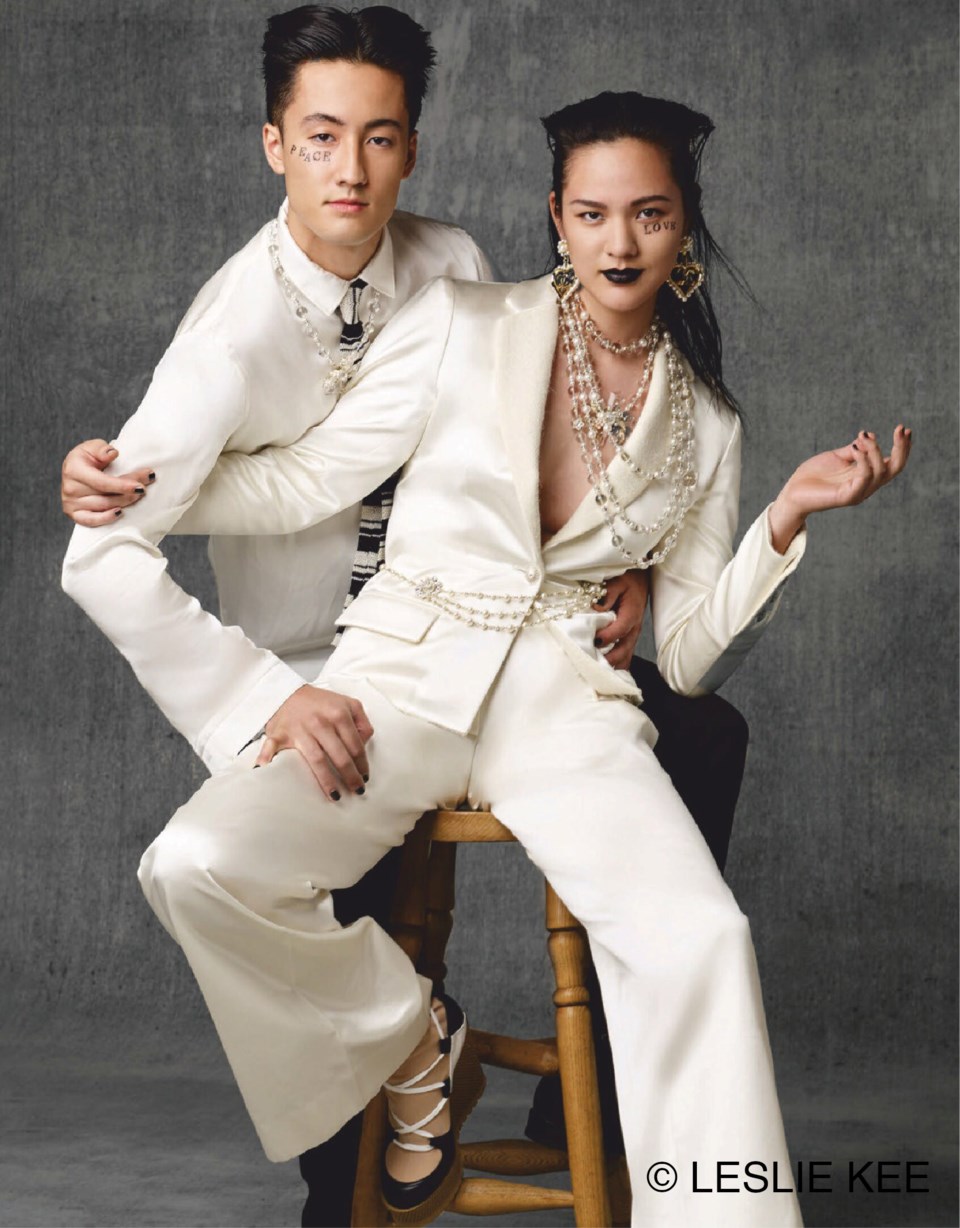 TOKYO – Striking a pose on the runways of Japan, a local model is finding success after recently appearing in Vogue Taiwan.

Model and actor Gabriel Prevost has been making waves in the fashion world since moving to Tokyo in May 2018.

“It’s been an incredible journey so far,” Prevost said.

It has been a year and a half of unimaginable highs and unbelievable lows, Prevost said, but he has remained committed to his dream of becoming active in the performing arts and modelling.

Prevost returned to the mountains for a brief visit with his family at the start of December.

Prevost was born in Tokyo, Japan and moved to Banff when he was two years old.

He grew up fostering two passions – hockey and the performing arts.

The Bow Valley was the perfect space to foster his love of the arts, Prevost said, because of the amazing artists who reside in the area. He highlighted the amazing work that takes place at the Banff Centre and the incredible galleries in Canmore as spaces that have fuelled his love for the culture of art.

“We’re inspired by what is around us,” he said.

While Banff had many great opportunities, Prevost decided that he would need to move to Japan to chase his dreams and discover new experiences, people and possibilities.

“I had to allow myself to have to learn new things and be vulnerable to new things," he said. “I saw it as a place for opportunity. Me being half Japanese and half Canadian that sort of look could be of interest in the entertainment industry.”

It was a challenging transition moving from the quiet of the mountains to the bustling streets of Tokyo, Prevost said, but it helped that he always had his goal of breaking into the entertainment world at the top of his mind.

“Growing up in Banff, we have 7,000 people – it’s small-town life,” he said. “Tokyo is one of the biggest major cities in the world – it was a totally different ball game as soon as I actually moved there.”

His passion for hockey paid off soon after he arrived in Tokyo landing him his first serious gig where he starred in a commercial for a Cassio G Shock watch.

“It was a TV commercial and the concept of the commercial was an ice hockey ad,” Prevost said with a grin. “That was to my advantage at the audition. I was stickhandling in the office.”

From there his career has taken flight and Prevost was recently featured in the August 2019 issue of Vogue Taiwan.

The shoot for Vogue was part of a female modelling competition television show, he said and Prevost was paired with model Momoe Okamoto to showcase the French fashion house, Chanel.

The duo competed against seven other couples each representing a different fashion house centred on the theme of “World Lovers.”

The shoot for Vogue Taiwan was especially meaningful he said because he had the opportunity to work with internationally acclaimed photographer Leslie Kee, who personally scouted him for the photoshoot.

The tension was high for the eight-hour shoot, he said, because of the intensity of the competition and the fact that camera crews were recording every move they made.

“The expectation was really high,” he said. “The shoot was like a movie set when I walked in.”

It was an exciting experience opening the issue for the first time, Prevost said because his team’s photo was chosen for the cover of their section at the front of the magazine.

“For so long, it seemed to be good to be true,” he said with a smile. “I didn’t really believe anything until I saw the magazine in my hands."

Prevost said he plans on staying in Asia for the foreseeable future.

“I would like to collect as many experiences as I can,” he said, explaining that he will continue to pursue modelling while actively seeking more possibilities in the performing arts.

“I would love to be on-screen one day in a film – like Marlon Brando or Al Pacino," Prevost said. “The opportunities are endless, anything is possible ... The sky is the limit.”