Wigs, makeup and the frantic inspiration that syncs Morley Pride

Already an hour behind schedule, a makeup-less Argintina Hailey finally found a moment to get into character.
Aug 24, 2017 12:00 AM By: Rocky Mountain Outlook 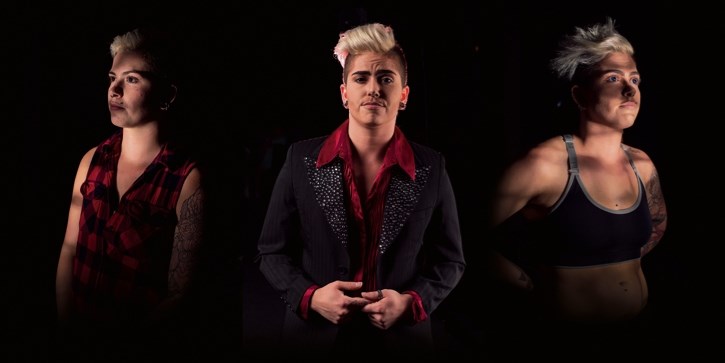 A photo illustration shows the transformation of The Marvelous Mo B. Dick, above, into a drag king for Morley Pride on Aug. 19. The left picture shows a pre-makeup portrait, followed by getting into character on the right, and then, in the middle, Mo B. Dick makes his first appearance at the venue.