Wild Ride a solid testament to the Great March West

Imagine marching across Canada with hundreds of poorly trained and equipped men while facing prairie blizzards, thunderstorms and droughts.
0
Jan 20, 2011 12:00 AM By: Rocky Mountain Outlook 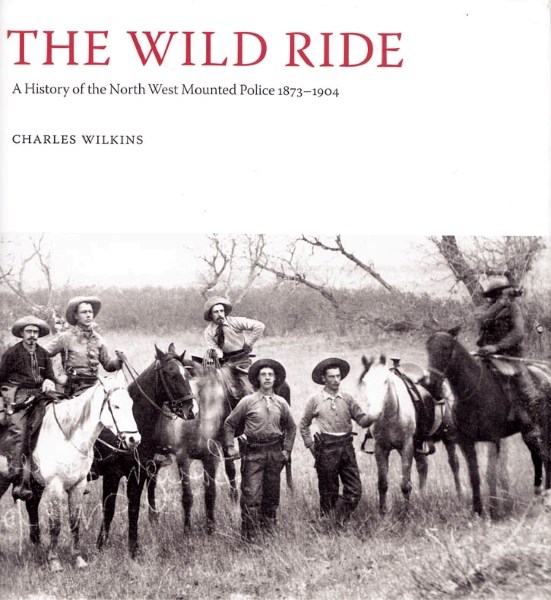 Imagine marching across Canada with hundreds of poorly trained and equipped men while facing prairie blizzards, thunderstorms and droughts.

Then add to that scene starving, emaciated horses whose bones are readily visible beneath their ragged skin, sinking morale, desertion, illness and alcoholism. It all adds up to one of the great stories in Canada’s history, the Great March West, which saw Canada’s first national police force – the North West Mounted Police – trek across the country in 1874 with orders to keep law and order in what would become Western Canada.

It’s an epic story that Charles Wilkins, author of the recently published The Wild Ride: A History of the North West Mounted Police 1873-1904,

was hesitant to tell. Wilkins considers himself a storyteller, and given the event’s importance in Canadian history, he felt the story might best be left to historians and academics.

Through his research, however, he came to realize the 30 years between Confederation and the creation of the police force was a period of intense change that affected everyone, aboriginal, Canadian and European alike, giving the story life beyond what is often dry history.

“The first thing that really struck me was how intense and dramatic that 30 years was. The country between 1867 and the beginning of the 20th century basically was transformed,” he said.

Aboriginal people, meanwhile, went from knowing the freedom of their ancestors to being forced onto reserves, with the now empty land being turned over to the Canadian Pacific Railway and settlers.

“These are not just regional events,” Wilkins said. “These are events being observed fairly closely throughout the British Empire and all over North America and overseeing it all, you have this ragtag little group of 250 to 300 ill trained, poorly equipped and poorly paid red-coated policemen who were assembled hastily in southern Ontario in 1873,” he said.

It’s the stories of that ragtag group, along with all of the people they meet and interact with during a time of immense change, that has served to create a larger-than-life account that often seems too wild and too far-fetched to be believable – but the beauty of it is the whole story is true.

“The wild ride is no exaggeration,” Wilkins said. “The whole early development was wild. I don’t know if I was surprised as royally pleased. ‘Okay, we’re onto a human story.’ It’s not history told by the official sources,” he said.

Telling the story from the point of view of the people who lived it, including aboriginal and Métis, allowed Wilkins to move away from the myth of the Mountie and instead begin to explore the real story.

“We attach a certain nobility to the early Mounties, but it is easy to forget they were instrumental in an ambiguous progress of confederation and settlement, which was (John A.) Macdonald’s great dream, but he himself was a bit of a scoundrel. There was a great deal of very nasty fallout and effects from confederation.”

And while many of the men who signed on to be among the first members of the NWMP were good, honourable men, many were “misfits, scoundrels, drunkards,” Wilkins said.

That side of the story is one of the pleasures of the Wild Ride as it moves away from the myth, romance and mystique of the Mounties and the West.

“As school kids we learned about the privations of the settlers, but not about the people who were already here.

The Wild Ride is a fascinating read and a worthy addition to the library of books documenting the Mounties, it has one minor disappointment. The book contains no mention of Canmore’s NWMP barracks, built in 1893, or the role the men who lived there played in policing frontier industry towns such as Canmore and Anthracite, as that part of the history falls within the years Wilkins has chosen to focus on.

But, given that the Mounties filled so many roles during their early history and that much of it is so dramatic, the story is simply too big to be told without it becoming cumbersome and dry.

Thankfully, The Wild Ride is anything but that, making it one of the most intriguing histories of the NWMP to appear in some time.

It is also beautifully designed, filled with archival photographs, letters and journal entries and photographs of the items the NWMP used and brought with them across Canada.

The Wild Ride: A History of the North West Mounted Police 1873-1904, published by Stanton Atkins & Dosil Publishers of Vancouver retails for $45.