Winnipeg songwriters team up for night in Banff

Singers and songwriters Carly Dow and Madeleine Roger are currently on a Western Canadian tour and will perform with local musician Kevin Devereaux, Saturday (March 12) at Bruno’s Bar & Grill.
0
Mar 9, 2016 12:00 AM By: Rocky Mountain Outlook 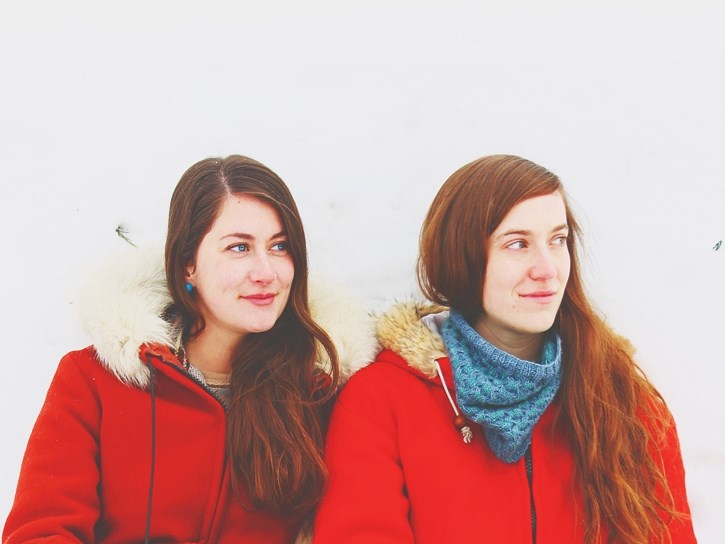 Singers and songwriters Carly Dow and Madeleine Roger are currently on a Western Canadian tour and will perform with local musician Kevin Devereaux, Saturday (March 12) at Bruno’s Bar & Grill.

Dow released her debut solo album Ingrained in May of 2015 and is preparing for her first international release of the album in the U.K. this winter. Roger is also celebrating a recent release, Fairweather, which came out in January of 2016 through the sibling-duo project called Roger Roger she helms with her twin brother Lucas.

Their combined skills will create a show featuring both solo and duo sets and an array of instruments including guitar, banjo, keyboard, percussion and rich harmonies.

“We’re both very excited for this tour,” Dow said. “Madeleine is a wonderful songwriter and a dear friend, and this is a fantastic opportunity to spread our music to new places.

“Winter touring is great, but not a lot of folks are crazy enough to hit the road through the mountains at this time of year – we’ve got good snow tires and a healthy appreciation of this season, so we’re looking forward to it. We’ll be strapping on some skis whenever we get the chance.”

Poignant and haunting has come up a few times when describing Dow’s material on Ingrained with themes of loss and continuing journeys showcased in the singles “Soil To Dust” and “Down This Road,” which flatter Dow since it shows people are actually listening when they review her songs.

“It’s on par with how I feel about the album and the songs, so it’s nice that people are picking up on what I put down,” Dow said.

Even though both Roger and Dow are from the Winnipeg area, they don’t typically get to play together. They’re best friends who write songs, and when they both had time to tour together they jumped at the chance to showcase their latest material.

“I’m absolutely overjoyed to tour and perform alongside Carly through Western Canada,” Roger said. “She is not only one of my favourite songwriters, but also one of my best friends, and I expect a healthy amount of tom-foolery on the road.

“I’ll be playing a mix of songs off Fairweather, an album recorded with my folk/roots duo Roger Roger, as well as a bunch of new songs in preparation for a solo album. I can’t wait to see how they transform.”

Dow co-produced Ingrained with Winnipeg musician/producers Darwin Baker and Jesse Matas of The Crooked Brothers, with part of it recorded at Private Ear Recording in Winnipeg and part of it was done in a log museum in Manitoba’s Riding Mountain National Park.

“They actually let me use the space, which was shocking, because it’s the federal government,” Dow said. “It’s actually the visitors centre/partial museum, full of taxidermied wildlife, which was a really weird vibe to be singing in.

“It was kind of cool, funny and strange staring down a bunch of elk and black bears, but it sounded really beautiful from the high ceilings and wood features – a perfect space, and to be able to do it close to home was special to me.”

Roger’s Fairweather was recorded at Paintbox Recording, which is owned in part by her father Lloyd Peterson who’s a musician producer and engineer in Winnipeg.

“We each played at each other’s CD releases in February back in Winnipeg, so both albums are close to our hearts. It’s nice to be able to take both on the road.” Dow said. “They’ve been really well received and really cool to read reviews ... it’s been great so far and we’ve had our fair share of adventures so far.”