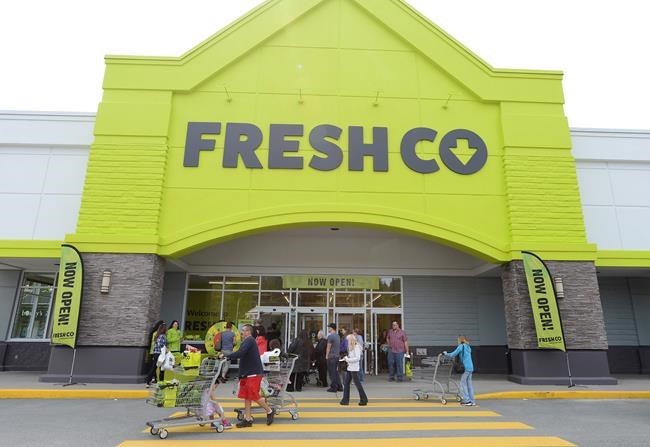 STELLARTON, N.S. — Empire Co. Ltd. is expanding its discount grocery banner FreshCo in Western Canada and Ontario, with plans to convert seven of its Safeway stores starting this fall.

The company says six of the store conversions are in Alberta, while one is in Thunder Bay, Ont.

Mike Venton, general manager of Empire's discount division, says the FreshCo network has grown 23 per cent since the company opened its first discount store in Western Canada two years ago.

Empire says it will work with the unions representing affected employees and offer them the opportunity to work at the new FreshCo locations or other stores within the network.

In 2017, the Stellarton, N.S., based company announced a five-year plan to convert 25 per cent of its full-service Safeway and Sobeys locations to FreshCo stores.

Empire says it now has 37 FreshCo locations in Western Canada confirmed to date.

The grocery chain says the cost of closing and converting its full-service stores into discount locations is about $11.7 million before tax, which will be charged to earnings in the third quarter of fiscal 2021.

This report by The Canadian Press was first published Jan. 27, 2021.

Companies in this story: (TSX:EMP.A)

WestJet to lay off undisclosed number of pilots amid labour negotiations
Feb 28, 2021 6:09 PM