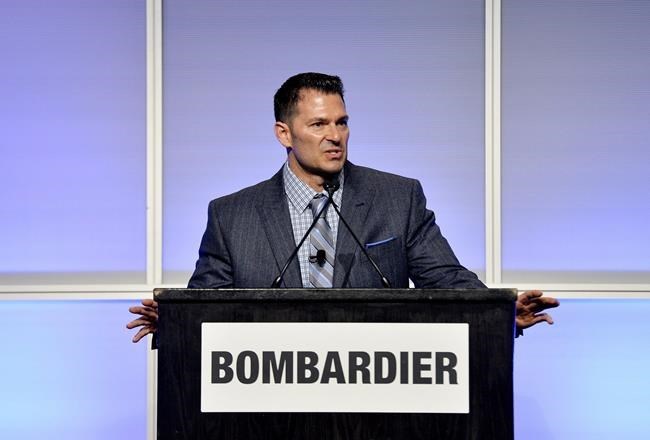 MONTREAL — The head of Bombardier's aviation division is leaving the company as it streamlines the management team to refocus solely on business aircraft.

David Coleal is departing more than five years after joining to lead the business aircraft division. He was appointed president of Bombardier Aviation in May 2019.

Bombardier president and CEO Eric Martel says the restructuring comes as the sale of the rail division of the Quebec company to Alstom is "almost completed."

Due to the sale of Bombardier Transport to the French transportation giant, the Montreal-based company negotiated agreements with members of its senior management in the event of their departure following the transaction.

Coleal was eligible for severance pay of about US$3.1 million, which takes into account two years of salary, a bonus and other amounts related to the value of his stock options and grants.

The current president of the rail division, Danny Di Perna, is expected to be entitled to US$3.55 million in the event of his departure, according to information in Bombardier's most recent proxy circular.

“We are preparing for the future as a business aviation company,” said Martel. "This includes simplifying the senior management structure of our business. ”

This report by The Canadian Press was first published Oct. 1, 2020

Companies in this story: (TSX:BBD.B)