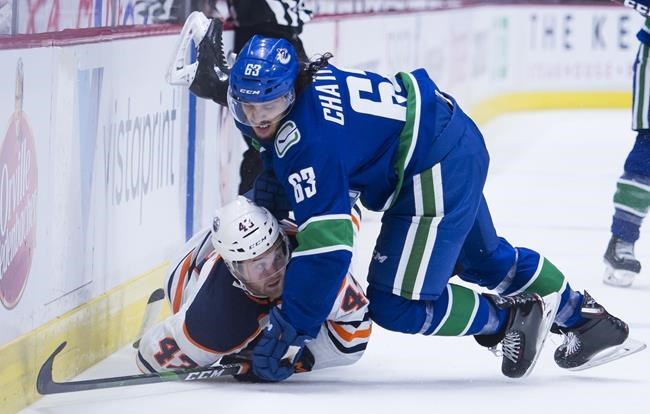 VANCOUBER, B.C. — Jalen Chatfield is poised to make his NHL debut with the Vancouver Canucks after the club recalled the defenceman from their American Hockey League affiliate in Utica, N.Y.

The 23-year-old native of Ypsilanti, Mich., doesn't have a point in 11 games with Utica this season.

It is Chatfield's third season with Utica after three campaigns with the Windsor Spitfires of the Ontario Hockey League.

Chatfield has two goals and 11 assists in 105 career AHL games with Utica.

This report by The Canadian Press was first published Nov. 8, 2019.