Five things to watch in Canadian sports this weekend 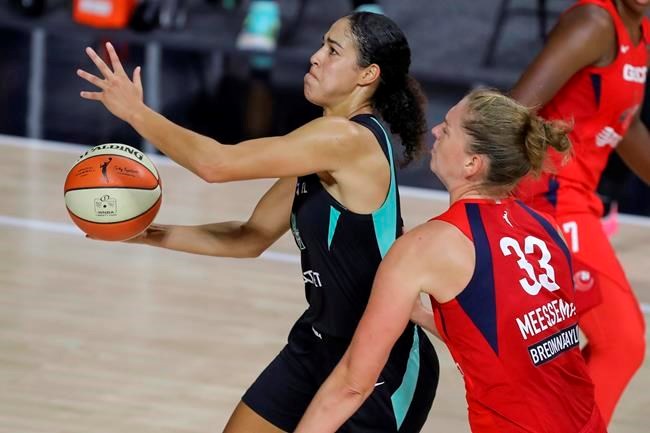 Here are five things to watch in Canadian sports this weekend:

All three Canadians currently in the WNBA will be on the same court on Friday night. Hamilton's Kia Nurse plays her first game for the Phoenix Mercury against the Minnesota Lynx on Friday night. Nurse was part of a three-way trade, leaving New York in the off-season. Bridget Carleton of Chatham, Ont., and Natalie Achonwa of Toronto play for Minnesota.

While the three U.S.-based divisions get ready for NHL playoff hockey this weekend, five of the seven teams in the North Division had yet to finish their regular season as of Friday. In fact, when the Washington Capitals kick off the post-season Saturday night against the visiting Boston Bruins, the Vancouver Canucks and Calgary Flames will still have three games left to play before calling it a year. Vancouver needed an extension to its regular season after 11 of its games were postponed due to a COVID-19 outbreak within the team. The Flames and Canucks wrap up Wednesday before the Edmonton Oilers host Winnipeg in Game 1 of their first-round series.

ON THE ROAD AGAIN

The Toronto Raptors wrap up their season on Sunday against the Indiana Pacers. The team will miss the playoffs for the first time since 2013. Toronto's off-season figures to feature plenty of drama. President Masai Ujiri's contract is due to expire and star point guard Kyle Lowry is eligible for free agent.

The Toronto Blue Jays begin their final homestand in Dunedin, Fla., on Friday night against the Philadelphia Philles. After playing the next 10 games at their spring-training complex, the Blue Jays will begin preparing for a move back to Buffalo, N.Y., where they played home games in 2020. The first homestand in Buffalo starts June 1.

This report by The Canadian Press was first published May 14, 2021.