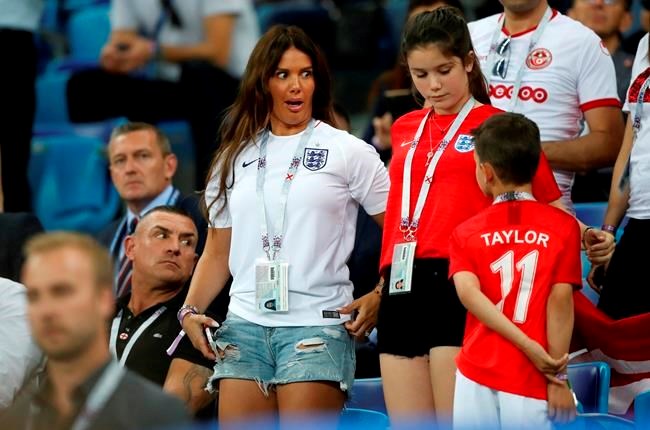 The wives of two of English soccer's most high-profile players got embroiled in a spat on Twitter on Wednesday about the leaking of information to a tabloid newspaper.

In a post to her 1.3 million followers, Wayne Rooney's wife, Coleen, accused Rebekah Vardy — or somebody with access to Vardy's account — of informing The Sun about details of her private stories written on Instagram.

Rebekah Vardy is the wife of Leicester striker Jamie Vardy, who used to play for England's national team alongside Wayne Rooney.

Coleen said she spent five months attempting to work out who was sharing the stories, going as far as blocking everyone from viewing her Instagram page except for one account and then posting "a series of false stories to see if they made their way into" the newspaper.

Coleen finished her tweet by saying her private investigation showed "just one person has viewed them. It's ..........Rebekah Vardy's account."

Vardy, who has 90,400 Twitter followers of her own and is well known for appearing in a reality TV show in Britain, denied leaking the information.

Vardy replied to Coleen on Twitter, saying she "never" speaks to journalists about her and that she recently discovered that "various people have had access to my insta."

"I'm disgusted that I'm even having to deny this," added Vardy, who said she was "upset" at being accused by Coleen, especially because she is pregnant with her fifth child.

Wayne Rooney, a former Manchester United striker who has been playing in the United States for MLS team D.C. United since July 2018, is returning to English soccer in January as player-coach of second-tier club Derby County.