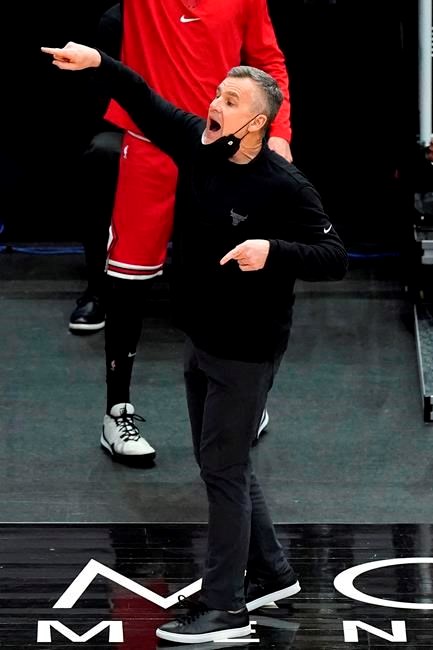 The Bulls pulled within two games of idle Washington with two remaining for 10th place in the Eastern Conference and the final play-in spot. Chicago led by 24 in the third quarter, with the Raptors holding out their best players, and came away with the win despite a big effort by Stanley Johnson.

LaVine, coming off a 41-point in Tuesday’s loss to Brooklyn, scored 16 in the second half.

Markkanen made six 3-pointers — one shy of his season high.

Coby White had 17 points and 10 assists. Nikola Vucevic added 16 points and 16 rebounds to help the Bulls win for the fourth time in five games.

Considering the Raptors were missing their top six scorers, with Pascal Siakam, Fred VanVleet, Kyle Lowry, OG Anunoby, Gary Trent Jr. and Chris Boucher injured or resting, this one went about as expected.

It was 48-39 when Thaddeus Young scored on a put-back with about 7 1/2 remaining in the first half, kicking off a nine-point spurt. White punctuated it with fast-break dunk on Johnson, drawing a roar from the crowd.

The Bulls led 66-47 at the half and got it up to 24 in the third before Toronto pulled within 12 entering the fourth.

A 3-pointer by Johnson made it 103-92 with just under six minutes remaining. But Markkanen answered with one of his own and White scored on a floater.

Raptors: Coach Nick Nurse said it “remains to be seen” if Siakam, VanVleet, Lowry and Anunoby will play again this season. ... Johnson's previous high was 26 points for Detroit in a win over Cleveland on Jan. 30, 2018. ... Harris' previous best was 16 points in a loss to Memphis on Saturday.