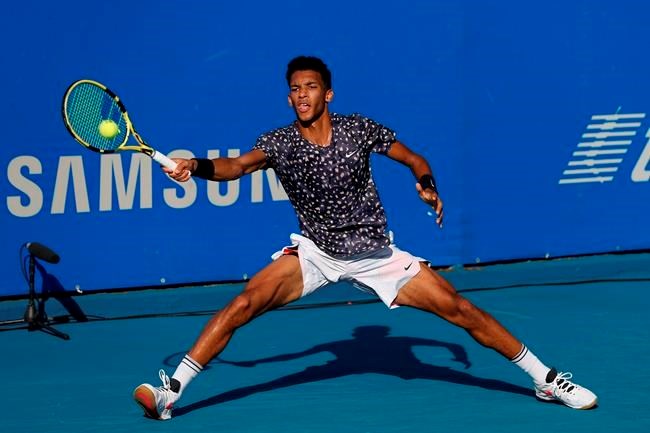 The 17-year-old Fernandez toppled eighth-seeded Nao Hibino of Japan 6-3, 6-0 on Wednesday in the Round of 16 to advance.

Fernandez only needed 64 minutes to beat her eighth-seeded opponent in Acapulco.

The Laval, Que., native will face Russia's Anastasia Potapova in the next round.

Meanwhile, Canada's Felix Auger-Aliassime has been bounced from the Round of 16 on the men's side.

Auger-Aliassime, ranked No. 19 in the world, was the fourth seed at the ATP 500-level tournament.

Auger-Aliassime, who is still looking for his first ATP title, was coming off a runner-up finish to Greece's Stefanos Tsitsipas in Marseille, France over the weekend. That was the fifth ATP final appearance of his career.

This report by The Canadian Press was first published Feb. 26, 2020.