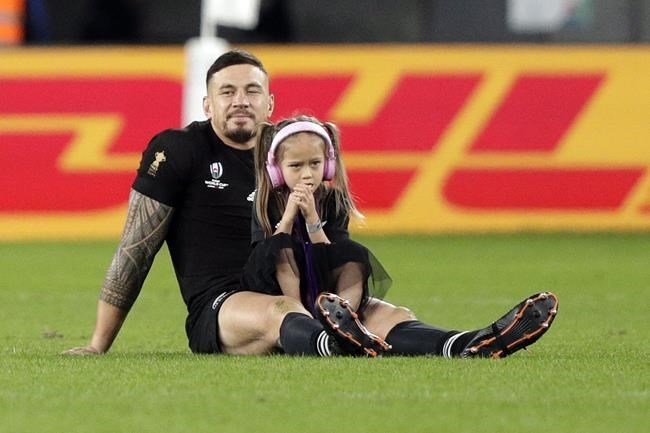 TORONTO — Rugby league authorities say they are working with the Toronto Wolfpack to resolve a visa issue that could derail the transatlantic team's attempt to resume play in England this summer.

The visas allow for six months in England over a year, which is not a problem when the Wolfpack are spending part of the season in Canada.

But the global pandemic has kept the players in England and the visas are slated to expire at the end of the month.

The Super League and Toronto (0-6-0) are scheduled to resume play Aug. 2 behind closed doors in England.

With play suspended due to COVID-19, the Wolfpack have not seen action since March 11.

"Betfred Super League is obviously concerned by the news it received from Toronto Wolfpack (Tuesday)," Super League said in a statement Wednesday. "The timing is also unhelpful.

"We are looking into the details and have offered the club, and the RFL (Rugby Football League), our full support to resolve these issues ahead of the season restarting on Aug. 2."

The RFL also said it is working with the Wolfpack to resolve the problem.

"We are grateful to the (British) Government for recognizing these issues in recent days — but appreciate the situation remains challenging for the club."

Because the Wolfpack are Canadian-owned, they require different visas than overseas players employed by English clubs.

Wolfpack CEO and chairman Bob Hunter said Tuesday that he doubts the visa issue can be fixed in time. Which leaves another question.

"Can we put together a quality team that can be competitive week-in, week-out, if we don't have the seven overseas players?" said Hunter.

The seven players in question are key members of Toronto's small 23-man roster. Rugby league teams dress 17 players, including 13 starters. And injuries could be more common as Super League looks to a condensed schedule to get as much of the 2020 season in as possible.

Toronto has had visa issues in the past with both Lussick and Stanley, at different times, stranded overseas while awaiting the necessary documents to get back into England.

This report by The Canadian Press was first published July 15, 2020.