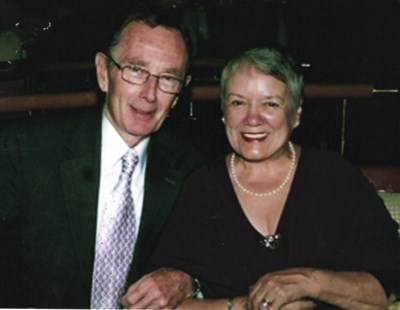 Henry Wilson Hamilton – surgeon, researcher, and author – died Monday at his home in Canmore, Alberta with his family by his side. He was 85 years old. He is survived by his wife of 51 years, Beryl, children Sara (Andrew), Geoff (Sharlyn) and Kate (Greg), and grandchildren, Natalia and Nicholas Thaczuk, and Henry and Emily Hamilton.

Henry was born in Manchester, England to parents Marjorie and Dr. Burt Hamilton. He graduated from the University of Edinburgh Medical School at 25 years of age. A highlight of his life after graduation was his overland journey from England to Nepal with three companions, one of whom was his lifelong and cherished friend, Dr. Sandy Harper.

Always passionate for adventure, Henry volunteered as a surgeon in Vietnam from 1966 until 1968, during some of the most intense fighting of the Vietnam War. He recorded that experience in a memoir titled Phan Rang Chronicles. Henry went on to complete his orthopaedic training in Toronto, Ontario, followed by a residency at the Centre for Hip Surgery at Wrightington Hospital under the mentorship of Professor Sir John Charnley, a founder of modern hip replacement. Endlessly curious and inventive, Henry ultimately helped pioneer improvements in surgical clean-air enclosures and continuous passive motion machines which aided patients’ recovery after knee surgery.

Henry met his wife, Beryl Morton, on a ski hill near Toronto in February of 1969, and they married in October. Together they moved to Thunder Bay in 1972, where he joined the Port Arthur Clinic and set up a clean-air enclosure for low friction arthroplasties at the Port Arthur General Hospital. Over the next several decades, he advanced his study of hip replacements, publishing many papers on the subject and attending international conferences where he was invited to share the results of his research. Henry served as chief of staff at the Port Arthur General from 1989-1993 and was twice elected president of the Ontario Orthopaedic Association.

An avid runner in middle age, Henry completed two marathons as well as many 10-mile road races, becoming an athletic mentor to his children as well as his neighbor, Mary Pat. With characteristic humour, he would comment that his success improved as he aged because he was outliving all his competition. Henry’s creativity and attention to detail translated well to all kinds of building projects, including his design of the family cottage at Pine Bay on Lake Superior, where he and Beryl lived after retirement until moving to Canmore to be closer to their children and grandchildren. Henry loved the outdoors and used to joke that he was spending his golden years as an unpaid labourer in his wife’s beautiful gardens. Henry and Beryl enjoyed traveling and had many adventures in faraway places.

Henry inspired those who knew him with his strong ethical character, devotion to his wife and family, and dry sense of humour. He had an extraordinary knack for listening quietly to a conversation and then summing up the discussion in a succinct and witty manner. Last December, when asked what he wanted for Christmas, he replied “perishables.”

A private family remembrance will take place in Canmore, Alberta.