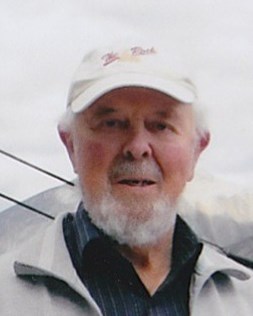 Eric passed away peacefully in Canmore, Alberta on February 19, 2020. Born in Farnworth, Lancashire, England on the 10th of February 1932, he is predeceased by his parents Norman and Emma Lomas (nee Brindle). Eric will be deeply missed by his wife Dorle, daughter Kimberly and sons Andre (Joanna), Christopher, granddaughters Sophia and Opal Lomas and sister in law, Margret.

Among his many accomplishments, Eric was a founding member of the Association of Canadian mountain guides (ACMG), a CSIA Ski Instructor and an honourary lifetime member of the Alpine Club of Canada (ACC) and the ACMG. Eric was actively involved in the development of avalanche control techniques in Canada through his work at the Granduc mine in Stewart BC in the 1960s. Eric spent his early years in Blackpool, England where he began a plumbing apprenticeship at 14 years old. Weekends were spent with the Boy Scouts in Wales and the Lake District where he was introduced to hiking, climbing, and caving. In the early 1950’s he made several trips to Chamonix, Zermatt, and Norway to climb.

With the intention of staying for a few years of climbing, Eric came to Western Canada in 1955. He began his Canadian life in Prince George, working as a plumber and climbing in Jasper on weekends. 1957 found Eric in Banff working ski patrol at both Lake Louise and Norquay and in 1958 he moved to Vancouver. It was while lead climbing for the ACC and the BC mountaineering Club, that Eric became interested in guiding. 1960 was a year of accomplishments for Eric. he received his parks Canada guiding license with his exam consisting of three days of climbing with Walter Perren. 1960 also saw Eric pass his ski instructors exam at Mont Tremblant, Quebec.

While teaching skiing in Washington State, Eric became interested in avalanche control (but only as a means of chasing first tracks). It was on the slopes of mount Baker that Eric met Dorle Hofmann. On Friday, January 13th, 1962 Eric and Dorle were married in Vancouver where they promptly moved to Banff to start a family while Eric operated the Banff Climbing School with Peter Fuhrmann. In the fall of 1965, Eric and Dorle packed up the family and moved to Alta Lake, BC as Eric had been offered the job of Area manager of the Garibaldi Lifts Limited (later known as Whistler) which led to an avalanche control position with the Granduc mine in Stewart, British Columbia the following year. Avalanche control was in its infancy in Canada at that time. Eric was involved in the development of the use of avalaunchers, recoilless rifles and heli-bombing as a means of avalanche control.

the ’70s found Eric and Dorle living in Westbank, BC together running a successful plumbing contracting company and a family summer holiday resort. The family spent their winters enjoying skiing at mt Baldy. In 1980, he and his family moved back to Banff where he guided and taught avalanche safety courses as well as worked at the Banff Centre as the plumbing Supervisor. Eric served as the ACMG secretary for four years during this time and was very involved in the Alpine Club of Canada. In 1995, Eric and Dorle built and retired to their dream home in Exshaw, Alberta and have lived there since. It was here that Eric spent many hours fixing up vintage cars and creating beautiful stained glass commissions of his favourite mountain peaks.

The Lomas family would like to extend their thanks to Dr. Michalyshyn, the hospital and nursing staff at the Canmore General Hospital and the homecare staff. Eric loved nothing more than to go for a walk or a hike. And in that spirit, the family asks that in lieu of flowers, please find time to get out in the mountains to walk, hike, climb or ski.

Celebration of life to be determined.