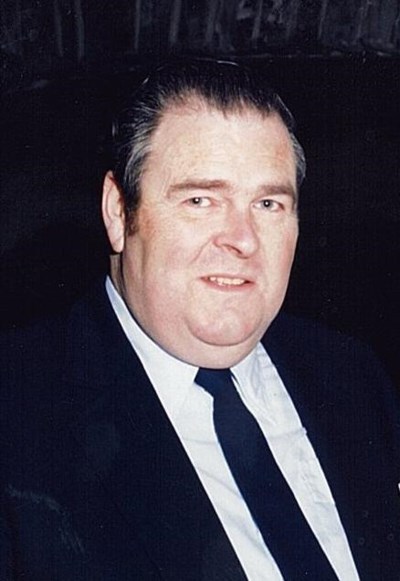 It is with a heavy heart that we announce the passing away of Ian B (Blake) Mackie in the early morning of Sunday, January 24, 2021 at his home in Banff.  Ian was 85 years of age and was predeceased by his Father Robert Arthur (Roy) and Mother Evan Mackie.  Ian is survived by his wife of 55-years, Brenda, brothers Douglas of Uxbridge, Ontario and Brian of Powell River, British Columbia, several nephews and nieces and their families.

Roy Mackie was transferred by Canadian Pacific to their Banff National Park hotels in the late 1930s.  The family returned after WWII to reopen the Chateau Lake Louise and then Roy returned to the Banff Springs Hotel as manager.  The time in Banff established Ian’s love for the mountains.

Ian spent his early summers working with Bud Brewster and their family at their Kananaskis Guest Ranch in Seebe giving trail rides and servicing their back country camps.  After graduation Ian joined the Canadian Pacific Hotels working at the Digby Pines in Nova Scotia, the Banff Springs, the Chateau Lake Louise and then became the Superintendent of the Banff Springs Golf Course – a special place for Ian.  Ian also managed the Timberline Inn, shuttled skiers up the Sunshine access road to the Village in the winter before the gondola was built, and plowed snow for many of the businesses in Banff.  In 1977 Ian and Brenda were ready for their own adventure and purchased Lake Minnewanka Boat Tours where they ran tours up and down the lake, offered chartered fishing excursions and boat rentals for 30 years.  Ian treated everyone who worked for him as if they were his children, creating lifelong relationships.

Ian was very involved in the Banff and Lake Louise tourism community.  He served as Chairman of the Banff Chamber of Commerce and the Banff Advisory Council, VP of TIALTA, Vice Chair of the PAB, was the Chairman of AMPPE for many years, was on the executive for the very first Alberta Winter Games, and in 1992 became the Chairman of ID9.  One of Ian’s prouder moments during his tenure at ID9 was working with the town of Banff to establish the ROAM bus service in Banff and Canmore.

Ian was also a Kinsmen and a charter member and President of the Canadian Rockies Skal Club in 1989. In 2005 Ian was awarded the Alberta Centennial Medal which recognized individuals who made an outstanding contribution to society and to honor their achievements.

Ian had a calm and quiet disposition which was very well suited to a career in tourism.  He had a love for Shelties and was rarely seen without one of his puppies.  Ian was a true GMC man, buying his first Pontiac in 1964 followed by a long line of Suburbans and pickup trucks. He was a member of the Iron Indians Pontiac Car Club in Calgary and the Rolling Sculptures Car Club in Canmore.   After selling Minnewanka Tours in 2007 Ian focused on restoring his original ’64 Pontiac Laurentian wagon and a 1963 Cadillac Fleetwood Limo.  Driving to car shows to display these classics gave him great pleasure and the opportunity to meet other antique car enthusiasts.  Ian loved to tell stories of his experiences over a meal with friends.

Ian was laid to rest in the Banff Mountain View Cemetery as per his wishes.  He will be missed by all those who knew him, especially Brenda and his shelties.

The family would like to thank: Dr. Kirk and Banff Home Care for their care of Ian and St George in the Pines Anglican Church for opening their church for the funeral service.

Flowers gratefully declined. Friends wishing to remember Ian are encouraged to make a donation, in his memory, to the Banff Mineral Springs Hospital Memorial Fund, the Canmore and Area Heath Care Foundation (Canmore Hospital), the Bow Valley SPCA or a charity of your choosing where you feel it would be of most benefit in our Bow Valley.