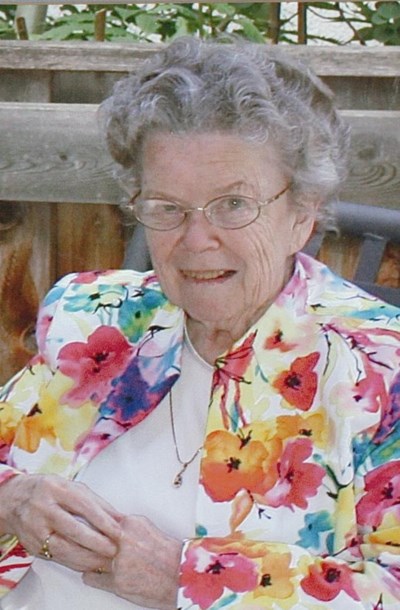 It is with love and a lifetime of warm memories that we announce the passing of Jacqueline Denton-Brewster of Canmore, Alberta. Jacqueline passed away in her home surrounded by the love of family and friends on March 22, 2021.  Her death was quiet and peaceful.

Jacqueline Mary de Chastelain was born February 17, 1936 in Bucharest Romania, the daughter of Alfred Gardyne de Chastelain, a British Petroleum Engineer and Marion Elizabeth de Chastelain, a graduate of International Law from the Sorbonne in Paris.

Jacqueline’s daughter Karen was killed in a mountaineering accident in Banff, Alberta, in 1980.  Karen’s death was a devastating blow to the family.

In 1990 Jacqueline married Peter (Pete) Brewster, from Edmonton Alberta, an old flame from the 1950s. From 1986 until 1988 Jacquie and Pete owned and operated the Canmore Leader newspaper, and then Pete became Executive Director of the Buffalo Nations Luxton Museum and Jacquie owned and operated Eagle Mountain Traders and then worked as a manager at Rafter Six Ranch in Kananaskis.  During this time their home in Canmore became a place where family and friends gathered for weekends, dinners and family celebrations.  Good food, interesting conversations about the state of the world and funny stories about days gone by were often enjoyed around the table. Many family members and friends lived with Jacquie and Pete for weeks, months and years.  Their door was always open and they welcomed their guests with a quiet warmth that made their home a magical retreat from the world.

Jacqueline found joy spending time with her children and grandchildren.  She drew, planted flowers, built Lego, went on trips to the park and was always the first phone call after a good report card or when there was news to share.  Her unconditional love provided the best of foundations for the family she cherished.

In June 2020, Pete Brewster died at the Canmore General Hospital.  Jacquie remained in their Canmore home with the help of a loving community of family and friends.

Jacquie is survived by her brother John de Chastelain and his wife MaryAnn and their children Duncan, his wife Debbie and their children Kylie (Dylan), Megan and Bryn, their daughter Amanda and her children Kaitlin and Kelly, her son Ian, who continues to live in Canmore with his wife Naomi and daughters Sakura and Aiko, and her daughter Lucy of Calgary Alberta, her partner Steve, and her sons Chas (Anna) and Jack, son Bradley of Vancouver BC, son Mike of Parksville BC and his wife Giselle and children Reg and Lindsay (Dan), daughter Tracey of Victoria BC and her husband Dave and children Stephen, Kelly and Kristy, daughter Dawn of Nanaimo and her husband Lee and children Cheyenne (Devin), Nevada and Dakota.

The family would like to thank the many individuals who supported the life Jacquie and Pete enjoyed towards the end of their time together.  The family will be forever grateful for the compassionate care provided by Dr. Hawkins and Canmore Homecare.

Jacqueline will be remembered as a loving grandmother with a great sense of humor, always able to share the ways of the world with respect and compassion.  We love you.