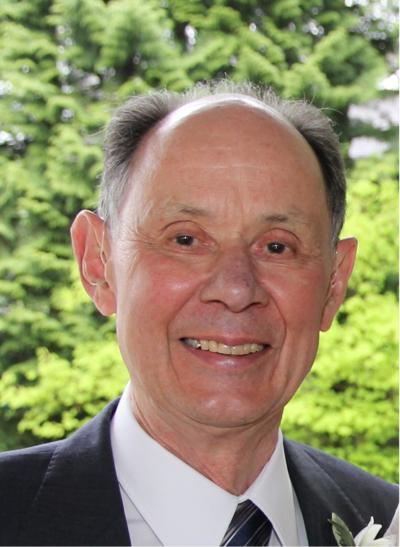 In Loving Memory of John Giovanetto

On Monday, November 23, 2020, our dear husband, dad, and grandpa, John Giovanetto passed away from this life to be with his eternal Father at the age of 90 years.

John was born the eldest of three boys to Giuseppe (Doro) and Domenica (Kena) Giovanetto in Canmore. After completing high school in Canmore, he studied mining engineering at the University of Alberta, graduating in 1953 and immediately beginning his career as a junior mining engineer for Cominco (now Teck Resources) in Riondel, B.C.  John met his wife Florence in Yellowknife, and they were married in 1957. He worked his entire career for Cominco at many of its operations, including Riondel, Yellowknife, Port McNeill, Pine Point, Trail, and Kimberley, before taking his final position at its head office in Vancouver as Vice President of Human Resources in 1980. He retired in 1995 and lived most of his last 40 years in North Vancouver.

Also surviving John is his brother Roger.  His youngest brother, Barry, passed away and joined John in heaven on December 6, 2020, 13 days after John’s own passing.

John’s family remembers with great warmth a devoted and loving husband, and an enthusiastic, hands-on dad and grandpa who was a source of constant encouragement, focused on the positives, extended grace and compassion, and lived life to the full.  He was a very active man who enjoyed hiking, cycling, and spending time with his grandchildren. Memories remain vivid of adventures skiing with Dad/Grandpa until he retired his Whistler Blackcomb “Super Senior” Seasons Pass at age 83. We share great gratitude for this treasure of a man who will always remain in the hearts of the many his life touched.

The family would like to thank the many caregivers and medical staff at Langley Gardens who took such good care of John.  We extend special thanks to Jean, Dad’s physio rehab assistant, who contributed greatly to his quality of life in so many ways during his last few years and to Dr. Rezazadah for his capable and compassionate medical support. We are so grateful to you all for your kindnesses to John.