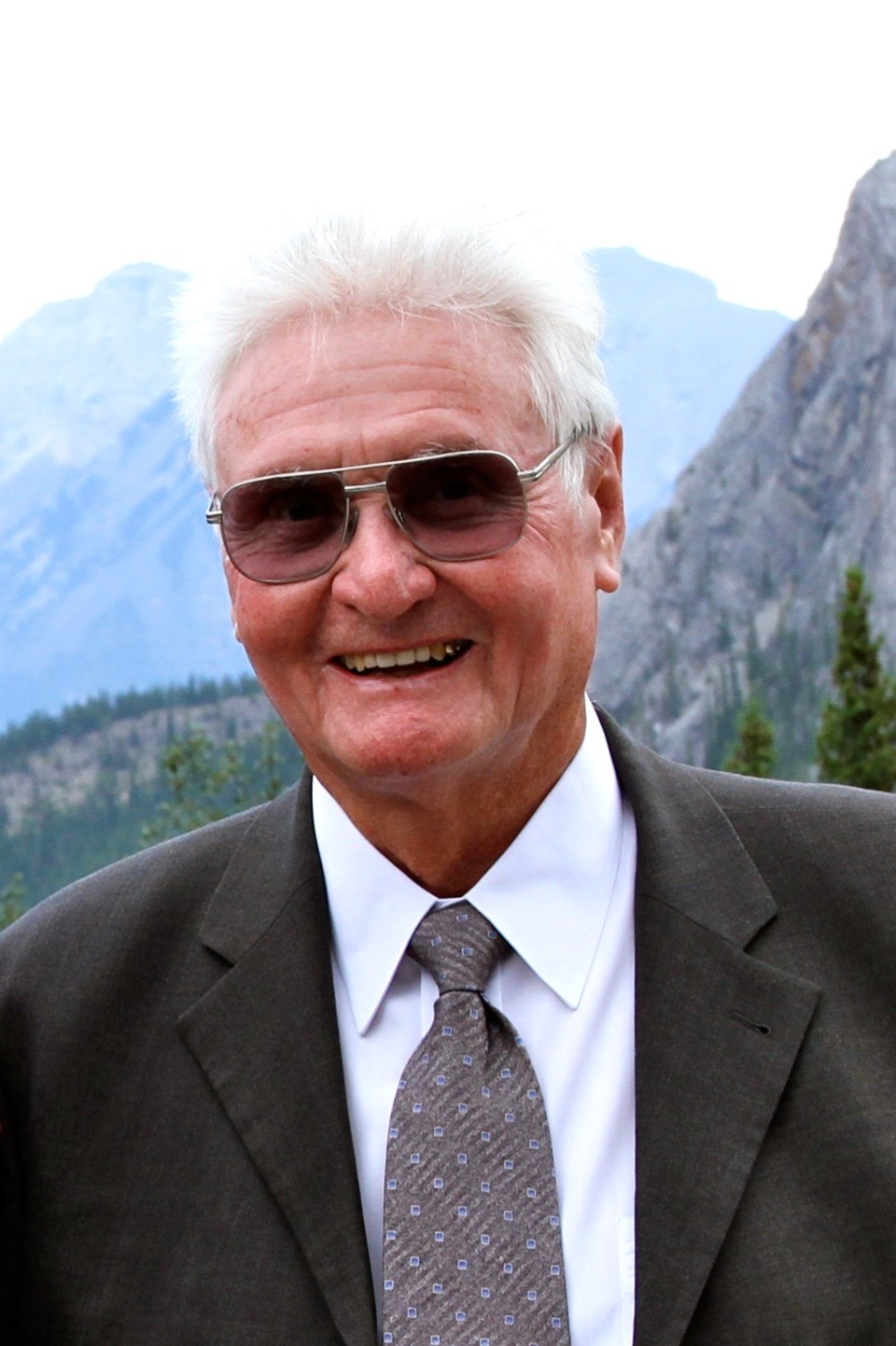 On February 13, 2020, Joseph (Joe) Switzer passed away in Banff, Alberta at the age of 84 years. The youngest of 14 children, Joe was born and grew up in Edson, Alberta where his father, Harvey A. Switzer built the local pharmacy in 1912. Switzer’s Drug Store continues to be operated by his family there today.  After graduating high school, he left Edson to work at Shell Oil Company for three years and then completed his first year of Business Administration at the University of Alberta. In the summer of 1957, Joe was hired at the Banff Spring Hotel. Having enjoyed his first taste of the hospitality industry, he decided not to return to university and instead travelled to the Bahamas, where he found a job at the Nassau Beach Hotel. Over the next 58 years, Joe worked his way up in the hotel business and managed several hotels in both the Bahamas and Alberta. In 1988, he was honored to serve as the President of the Skål Club of the Canadian Rockies.

Residing in Banff since 1974, Joe developed a passion for the mountain lifestyle and culture. He greatly enjoyed skiing in the winter and when time away from work permitted, fishing in the summer. Joe would regularly escape down to Fort Lauderdale, Florida in the spring and fall. Later on in retirement, he spent much of his time at The Fairmont Banff Springs Golf Course playing golf as part of ‘The Dream Team’ with Keith Higginbottom, Taso Mentzelopoulos and Dave Moberg.

Joe was known for his easy going nature, genuine personality and kindness. He was a philanthropist and regularly donated to several charitable causes. There was nothing he enjoyed more than sharing jokes, discussing politics, and the N.F.L. (especially his beloved Miami Dolphins) with his coffee buddies down at Jump Start.

He sincerely appreciated the attention he received from various caregiving and research institutions during his recent health challenges. As requested by Joe, a heartfelt thank you to the Mineral Springs Hospital, Dr .Jane Fowke, Kathy Bugo, RN, the staff at Cascade House, and Sam Schultz for his vision in making housing (Cascade House; formerly, Abbeyfield) for seniors in Banff a reality.

Joe is survived by his numerous nephews, nieces and other relatives. He will be dearly missed by his friends and family.  A Celebration of Life will be held for Joe in early May, details to be announced at a later date. In lieu of flowers, donations in memory of Joseph S. Switzer can be made to the Banff Mineral Springs Hospital, the Canadian Cardiovascular Society, or a charity of the donor’s choice.