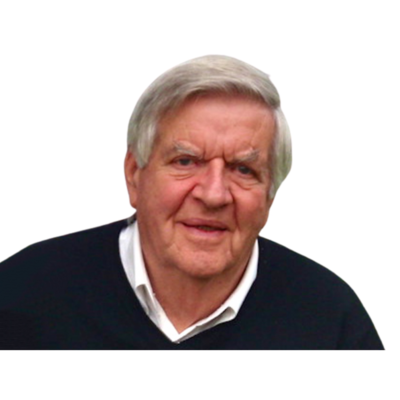 Lorne Carroll’s celebration of life ended December 19, 2020, when he passed away peacefully in his home in Banff, with his wife Dolores and daughter Lisa by his side.

To know him was to love him. Lorne was one of the good ones, a man of unwavering faith, love and integrity.  He was a giver in the truest form;  a giver of his love, faith, wisdom and time. He was a man of contrasts; tall and strong yet sensitive and kind.  He was ambitious and successful yet humble and appreciative of life’s little things.

Lorne was always grateful for his blessings. Even through times of great challenge, he never lost sight of what he valued most… Faith and family!

Helping raise his remarkable children, and grandchildren was always his greatest success.  He could always help us find the light even in the darkest of times.
Lorne Carroll was born November 22, 1927 in Fort William Ontario where he was raised by Herb and Mabel Carroll, one of their 16 kids! That’s right, 5 sisters and 11 brothers. In fact, Herb started a family baseball team, appropriately named “THE CARROLLS” that became three-time city league champions. Lorne’s love of baseball stuck with him his entire life, along with hockey and golf.

Lorne’s career began with Abitibi Power and Paper Co. He later moved with his family to Calgary in 1962 to pursue a career in Human Resources for Borger Construction, Pacific 66, and The City of Calgary. An ideal fit for Lorne, as it aligned perfectly with his thoughtful and altruistic character.

Lorne also had an entrepreneurial spirit, which lead to buying and selling rural hotels throughout Southern Alberta.  Banff became a permanent home to Lorne, Dolores, and Lisa with the purchase of the King Edward Hotel. Lorne also owned and operated Mr. C's Restaurant and capped his career as a realtor/owner with Royal LePage Real Estate in Canmore, Alberta.

Lorne was an integral part of the Banff Community. A long time member of the Knights of Columbus, the Kiwanis Club, he volunteered for Meals on Wheels, The Royal LePage Foodbank Drive and was a Marshal at the Banff Springs Golf Course for many years. Lorne was highly active with St. Mary’s parish and for 10 years was the infamous Santa Clause at the children's Kiwanis Christmas party.

Lorne Carroll was the utmost gentleman, a generous, gracious soul with a heart of gold.  A man of few words but when he spoke people listened for the pearls of wisdom and the spark of wit that would crack up a room.  Christmas 2019, while holding hands with family around the steaming turkey dinner, Dolores read a rather lengthy prayer. During a slight pause while listening, Lorne asked, “Are you going to read the whole bible?” We laughed and then we ate.

A special thank you to his wonderful caregiver, Clariza Lugtu who provided extraordinary care for Lorne to his last days.

Let’s close with a toast to Lorne Carroll. Not with traditional champagne but in fact, his favorite breakfast of choice, a toasted bagel with a thick spread of raspberry jam topped with a slab of old cheddar cheese. This breakfast delight will remain a family tradition, in Lorne’s honor.

“The Lord is my strength, my song and my salvation”  Exodus 15:2