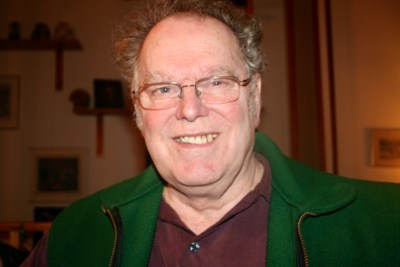 It is with great sadness we announce the passing of our husband, father, brother and grandfather. On June 17, 2020 Pete passed away peacefully at the Canmore General Hospital surrounded by family. He is survived by his wife Jacquie, brother Rod (Rita), six children, 14 grandchildren, 1 great grandchild and 2 great great grandchildren.

Pete was born in Edmonton, Alberta in 1935, the eldest child of Frank and Winnifred.  In 1954, Pete met Jacquie in Colorado, just prior to high-school graduation from Edmonton’s Westglen High School, and the two had a short courtship before going their separate ways.

He completed his Bachelor of Psychology degree at the University of Alberta in 1962 and then finished a program in Business Education at the Banff School of Business.  From January, 1959 until June 1985, Pete worked for the Edmonton Journal. He eventually became Business Editor for the Journal, and for many years had a twice weekly column published in the Edmonton Journal as well as other newspapers in North America.

Pete and Jacquie reunited again in March, 1978 and re-ignited their courtship. They married on April 6, 1990 and enjoyed 30 years of marriage together. In his letter to the family expressing his final wishes, Pete wrote that Jacquie was his first love and his last love. He hoped that one day they may renew their journey on another cycle of life.

In December, 1986 Pete and Jacquie bought the Canmore Leader which they ran until 1988.

Pete was honoured by the Buffalo Nations Cultural Society who granted him the name of “White Bear”. Symbolically a white grizzly bear was spotted in Banff National Park just six days before Pete’s passing in June.

The family is extremely grateful to the Acute Care team at the Canmore General Hospital, for taking such great care of Pete. Thanks also to his incredible doctors and all the supporting team members at the hospital. In lieu of flowers, consider a donation in Pete’s name to the heart and stroke foundation.