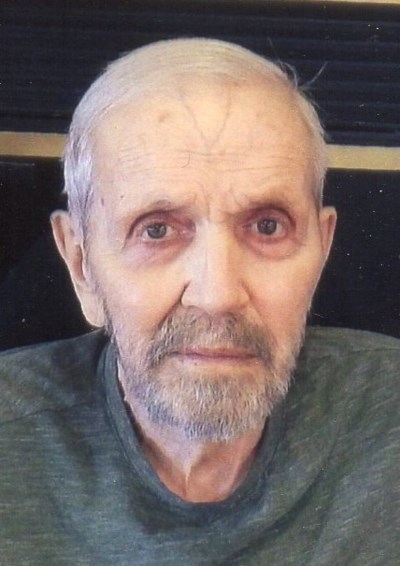 With sadness, we announce Rhodie's passing, after a gradual decline at the Extendicare Retirement Home, Vulcan Alberta, April 26, 2020.

Rhodie was born January 31, 1941 in Calgary, to Mae and E.K. (Bunty) Bennet. He was predeceased by his parents, brother Tommy, sisters Francis, Anne (Tallis) and Eddie (Germscheid), niece Dianne, and her husband Robin Ozerow . Survived by his brother in law, Arnold Tallis and nephew Robert Tallis of Revelstoke British Columbia, including extended members of the Tallis and Germscheid Families. Rhodie grew up on the family farm, south west of Calgary, boardering the Sarcee Indian Reservation, where he attended the Glenmore School for elementary education. When his Father took a job working in the Canmore area, the family moved there. Rhodie finished his schooling in Canmore. His Adult life was a career with the Canadian Air Force, taking him to the farthest reaches of Canada, to Europe for NATO Defence Support, to the Middle East for U.N. Peace Keeping, and around the globe for training exercises.

Rhodie took early retirement to come home to reside with his Mother who was requiring extra care. Looking after her till the time of her passing. In 2006, Rhodie moved to Nanton Alberta. After a accident in his backyard, Rhodie spent some time in the High River Hospital, and then resided in High River at Seasons Retirement Home till September of 2019, when he moved to the Extendicare Retirement Home in Vulcan Alberta. Where he resided till the time of his passing. Rhodie lived a full life, known for his quick wit, and sincere friendship. Claiming to have never owned a television, he was happiest with a cup of coffee, a cigarette, and a good book. Mostly on Canadian History. His computer came to mean a lot to him, in later years, as he compiled his thoughts from his readings. Rhodie enjoyed wood working. Though, he was like a "kid in the toy store", when he would make a trip with his friends to the various tool and wood supply stores. We use to laugh when we asked him, "what was he going to do with that?", and the response was" I have it, and you don't". Rhodie enjoyed and appreciated his friends from all walks of life, near and far, from the many

A private graveside service was held in the Canmore Cemetery on May 11th, 2020, in respect of the current health regulations. Friends who wish to pay their respects are encouraged to do so at their connivance.

We would like to thank the staff of the Vulcan Extendicare Retirement Home for their sincere care of Rhodie in his twilight days. Rev. Bruce Sheasby for presiding over Rhodie's service, and to the Staff of Snodgrass Funeral Homes for their care in laying Rhodie to rest.