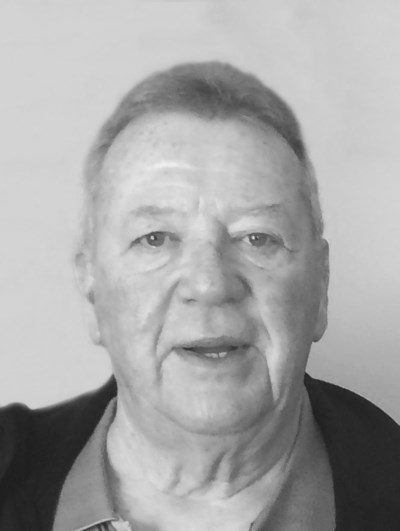 It is with great sadness that the family of Ted Cuell announce his passing on January 23, 2021 at the age of 79.

He is forever remembered by his wife of 59 yrs JoAnn, his sons Trent (Heather) and Rob (Darla) and daughter Lisa (Gerald) Tonellato and six grandchildren, Nathan Cuell, Austyn, Kingston and Emmerson Cuell and Madison and Marshall Tonellato.

Ted worked for Canada Safeway for 23 yrs and was transferred to Banff in 1972 as Manager of the store there. Not long after he and his family moved, he joined the Kinsmen Club where he met many of his lifelong friends. He loved Banff and the Bow Valley and was also a member of the Royal Canadian Legion in Banff and later in Canmore after he and JoAnn moved there in 1991.

He was self-employed for many years after leaving Safeway, and many may remember him from Bow Coin Laundry which he purchased from good friends Bernie and Gord Dorion. Ted then went on to work with his son Rob's company Procat Contracting. He was still working after 26 yrs (never one to be idle) until the time of his heart surgery in October. He could turn his hand to most anything and his grandkids always said, "If Grandpa/Papa can't fix it, Nobody can." He will be truly missed.

Apart from family, he will be missed by his Wednesday golfing buddies and the many friends he made over the years.

A private Celebration of Life will be held with family.

We would like to thank Dr. Emma Morin for her care and concern for Ted. Thanks also to the staff at the Canmore General Hospital - the Front Desk who always gave him a big wave and the Acute Care, Community Care and Emergency departments.  A huge thanks also to Russ and Wendy at the Bow River Funeral Service for the kindness shown to our family.

In lieu of flowers donations in his memory to the SPCA, 123 Bow Meadows Crescent, Canmore, AB T1W 2W5 or The Canmore and Area Health Care Foundation, 1100 Hospital Place, Canmore, AB T1W 1N2 would be greatly appreciated.