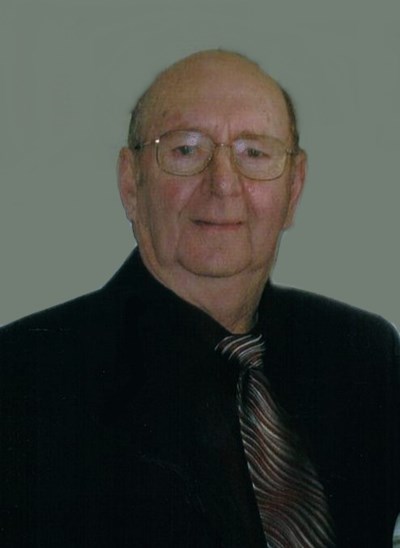 Edward John (Ted) Fitzgerald Jr. passed away peacefully in Canmore, quietly and suddenly, typical of him so as not to bother or upset anyone.

Ted was predeceased by his wife Betty, and will be lovingly remembered by his three children, Connie, Tina and Tim (Annamarie), his grandchildren Trevor (Nadia), Erica (Kyle), Bradley, Michelle (Nic), Liam, Ethan and Jaxon, as well as four adoring great grandchildren who were the twinkle in his eye. He is also survived by his brother Jim, sister-in-laws Lena and Audrey and many other dear relatives. The last few years, he forged a close friendship with Helen and they shared many meals and fun times together.

Ted was born and raised in Canmore to Eddie and Gwen Fitzgerald and grew up with his brothers Jim and Maurice. They were a close family and remained so, with all three sons living in houses next to their parents on what would be commonly known as “Fitzgerald’s Corner”.

He was married to his wife Betty for almost 58 years, and raised three children teaching them love, kindness, respect and a good work ethic. Ted spent most of his working life at Canmore Mines and was one of the last employees to leave in 1979. Following that he was employed by Lafarge in Exshaw where he stayed until his retirement.

Ted loved his family fiercely and unconditionally and would do anything for them. He was a selfless and generous man, with a quick wit and always able to make you laugh. He was thought of as the best Dad, the best Grandad, the best Great-Grandad, best Uncle, best friend, buddy and overall great guy. He loved spending time with his family and friends, family dinners, holiday celebrations and camping. He loved country music, dancing at parties, working on “projects” with the guys, and all things western. The simple things made him happiest.

Ted and Betty spent their summers at Shuswap Lake, starting in the late 1970’s, and he continued to do so after she passed. He loved his time out there and made many close bonds with friends and families who also spent their summers there. They became his “Lake Family” and he loved them dearly.

We know there are many friends and family that will miss him greatly and would like to join in a celebration of his life, so it will be held at a later time when we can gather more easily.

The family would like to thank the Nursing Staff at the Canmore General Hospital and Dr. Michalyshyn for their great care and attention in the last month of his life.

In memory of Ted Fitzgerald, the family asks that if anyone would like to make a donation, that they please consider the Canmore Hospital or the Canadian Cancer Society.