Incumbent Chief Darcy Dixon has been re-elected to lead the Bearspaw band for a third term in a landslide victory.
Dec 6, 2019 4:10 PM By: Jenna Dulewich 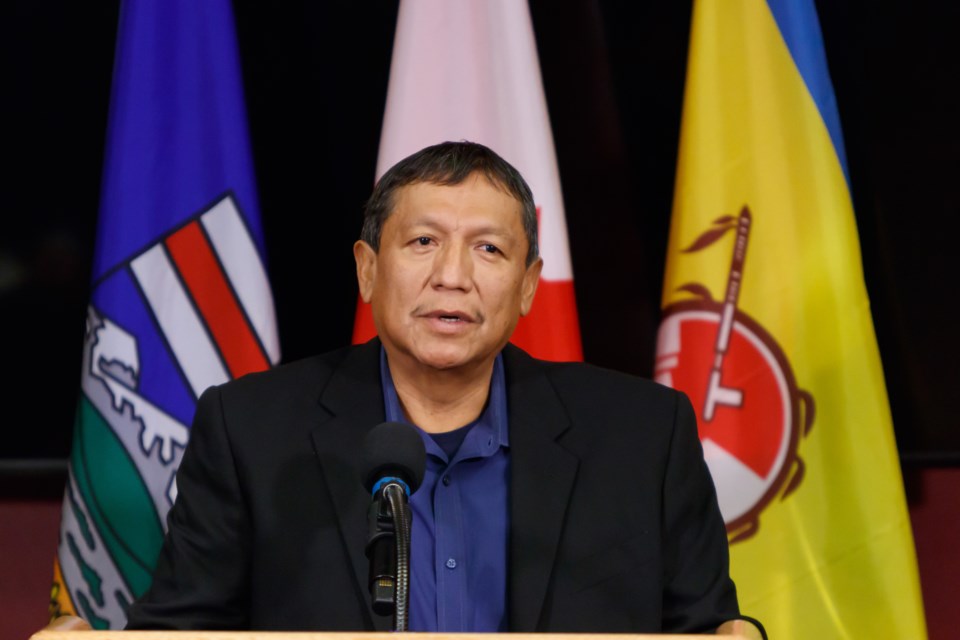 Bearspaw nation chief Darcy Dixon speaks at an announcement addressing the widening of Highway 1A at the Stoney Nakoda Resort and Casino on Nov. 12. Dixon has been re-elected as the Bearspaw Chief for his third term, in the recent election. RMO FILE PHOTO

STONEY NAKODA – Incumbent Chief Darcy Dixon has been re-elected to lead the Bearspaw band for a third term in a landslide victory.

Representing Morley, out of the 1,371 Bearspaw members that came out to vote with 15 candidates to choose from, Anthony Bearspaw won a seat for a second term with 146 votes. The band will also welcome a new face as councillor Rod Hunter won the second seat with 168 votes.

Representing Eden Valley, Bearspaw band members will see a familiar face with Rex Daniels returning to council, receiving 331 votes out of the 1,355 eligible votes, along with new councillor Pierre Lefthand who received 290 votes.

Bearspaw is part of the three-band Stoney Nakoda Nation, between Canmore and Calgary, which all have a Chief and council representatives for the approximately 5,000 populated nation.

Any appeals for the Bearspaw election must be made in writing to Chief Electoral Officer Marvin Yellow Horn by Jan. 6, 2020 by 4 p.m.